Are you sending out loads of messages to women on dating apps, but struggling to get a response?

In this blog I want to share with you five strategies on how you can get more responses to your messages and help them to really stand out in her inbox. I know how frustrating it can be if you feel like you’re putting tonnes of effort into your messages, and you’re not getting any responses back. The good news is though, most people’s messages are really generic, they look exactly the same. And they’re too easy to get lost in the shuffle. With the five tips I’m going to give you today, I’m going to help you craft exciting and unique messages that really stand out.

So first of all, we’re going to start with an obvious point here. I want you to really avoid sending generic or low effort first messages. A low effort message could be:

When you send a message that is this low effort, and this generic, it doesn’t work for several key reasons:

So instead, what you really need to demonstrate is that there’s a specific reason why you chose to message someone. Don’t worry this doesn’t actually have to be hard work. Once you get into a habit of writing more specific messages, they’re going to come a lot easier for you to write.

Let me just give you a quick example of how you could get that done. So to begin with, it’s important that you pick a specific detail from her dating app profile to comment on.Say you notice she’s into yoga. Now, we don’t want to just phrase this as a serious question such as: “What style of yoga do you do?” Or: “How often do you practice yoga?”

These questions are a little bit logical and a little bit boring. They are not likely to make someone feel really excited to chat to you. So instead, you might want to phrase it like: “So what would it take for me to convince you to quit yoga and try kickboxing instead?”

In this example, just by choosing something more specific and phrasing it in a playful way, you’re going to increase your chances that your message is going to be met with a response. 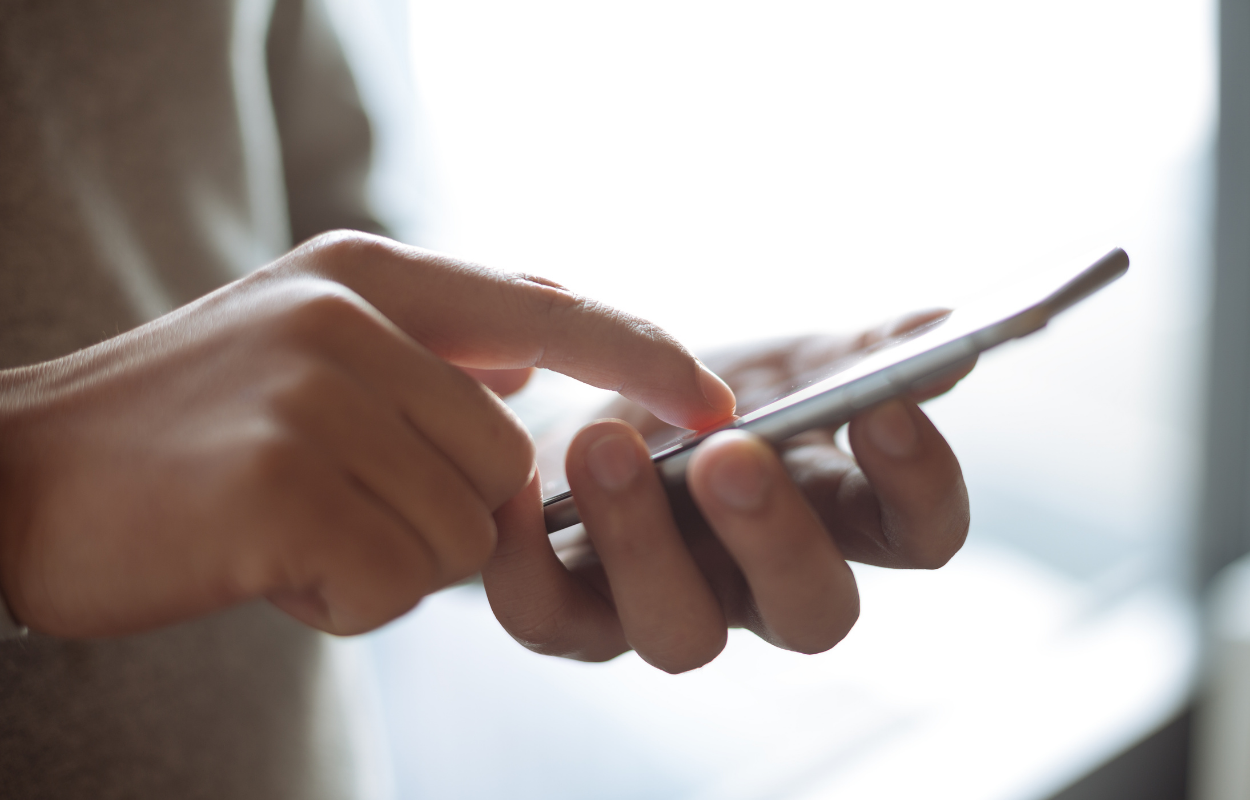 My second pointer is: are your messages written in a way that’s playful? A good way to check this out is to read your message back out aloud to yourself. This is a really quick method to show you whether the tone of your messages is on point. Often, it’s not so much the words that we say but how we phrase them that makes the difference. It’s really important that when someone receives your message that they could imagine talking and hanging out with you in person.

If writing messages in a way that’s playful isn’t something that comes really naturally to you, you could do one of two things:

So we’ve already spoken about using questions that are a little bit vague and too generic. They are really difficult for people to respond to because they’re so general. Often questions like these will be a dead end of a conversation. Likewise, if you don’t pose a question at all, this can also make it harder for the other person to respond to you.

Say you’re commenting on a person’s picture, and you’re just sending them a quick message: Hey, cute dogs. On the one hand, it’s good that you’ve picked up on a specific detail, and you’ve tried to show that you’re tailoring your message to their profile. But, because it’s just a comment, and there isn’t a specific question to respond to, it’s going to be much easier for someone to not respond or engage with it.

Instead, think about how you could phrase that statement as a specific question. Could you say instead:

Hey, cute dogs. Do you think they get on with my cat?

By adding that last part of the sentence, which makes it a specific question, you’re going to get a much greater likelihood of someone actually responding. 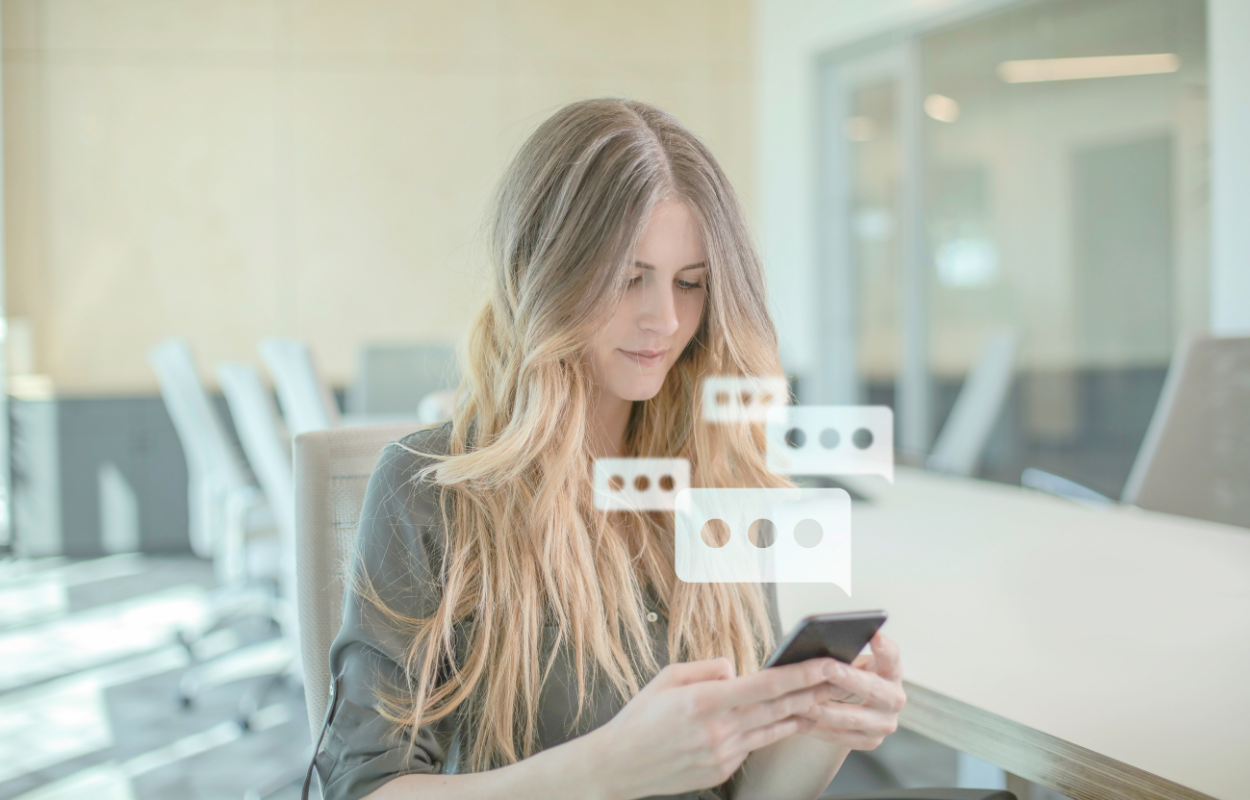 The fourth change I’d like you to make to improve your messaging quality, is to choose the right detail from someone’s profile to comment on. So in the world of online dating, there is a bit of a hierarchy in terms of what detail carries the most weight and is going to create the most impact on a message.

You might choose to compliment her smile. Whilst it’s nice to be told you’ve got a nice smile, the detail here is too generic and hence not that good. A step above that will be to comment on a hobby or an interest. This is a simple example of how you’re zeroing in on a hobby or interest that is specific to her, and how you are playfully phrasing it in a way that relates to you. Potentially, the best detail you can find on a person’s profile is something they’ve used to demonstrate their personality. And this is even better if they haven’t said it directly.

So for instance, if on their profile they’ve written, I like dancing around my kitchen to 80s music, they didn’t say that they are spontaneous, fun and quirky. But it’s really implied through what’s written. So if you can be shrewd here and pick up on the implied quality and point it out to her in your first message, you’re going to win some bonus points here. It’s like you already ‘get’ some important thing about her.

You will show that not only are you able to identify something you like about her, but that you’re not somebody who’s sending low effort messages. You are really choosing and selecting who you interact with based on their personal qualities.

The final thing I want you to ask yourself about your first messages is that I am using the right first word to begin this message? Now imagine if you have an online dating inbox that’s full of messages. And they all start with a HEY.

It’s gonna be really hard to stand out from everyone else if your message also begins in exactly the same way. Try using an unusual word at the start of your message. I told you already about the importance of picking out a specific detail from their profile. You can actually insert this and use it as the first word of your message.

So for instance, if they’re into baking, you could put: “Baking? Any chance you bring cookies to your first dates?”

You could say: “Yoga? What’s it going to take for you to trade in a vinyasa class for a hike?”

Just by taking that specific detail they shared in their profile, and then using that as the first word to begin your message to them is gonna make your message sound really well focused on who they are as a person. It’s also going to look unique in their inbox compared to everyone else.

I hope these five tips to make your online dating profile messages really work for you. Remember, if people aren’t getting back to your messages, this doesn’t mean there’s something wrong with you. It’s probably a signal that we need to sharpen up your profile.  It might mean that you need to craft better first messages. But ultimately, like any aspect of our lives for dating, if you can put in the effort and you can develop the skills, you’re going to get results.

If you’d like me to help with crafting your profile check out my HQ Club, where there’s a member’s forum and a helpful 30 Day Challenge to kickstart your dating life.