What Message Should You Send First On A Dating App?

Your chance for a good first impression

I hope you caught my last blog where I started to explain why what message you should send first on a dating app is so important!

(In short, she’s not messaging you first and actually what kind of message you send communicates a lot about your value as a man – let me explain….)

So let’s look first at 3 ‘low value’ first messages you can send on a dating app, where you look like a CHASER.

Note: I don’t like the expression ‘low value’ – of course we all have value as people, but you need to start communicating like a man who has standards and choice when it comes to dating. You are a CHOOSER not a CHASER of women.

Message Not To Send First On A Dating App #1

There are so many reasons why these kinds of messages don’t work: first of all, they’re hard to respond to. The question is so vague, so broad, that it’s hard for her to pick up the conversation and say anything meaningful back.

Whilst you may think you’re being casual, or just writing something easy because you get so few responses you don’t see any point in putting an effort in, they may also remind the women you’re messaging of a kind of guy she never likes to meet!

I call this guy, the Hey Guy. Every woman on social media has at least one Hey Guy kicking around in her DMS. This is the man who intermittently sends her the message ‘Hey’ every few weeks, without ever getting a response.

Her messages from him look a little like this:

You get the idea.

Whilst this guy thinks he’s rolling the dice on an attractive woman responding to his messages, the fact he’s continuing to message her without any response from the woman, or any suggestion he’s into her for anything beyond her looks, is a problem.

Don’t be this guy. 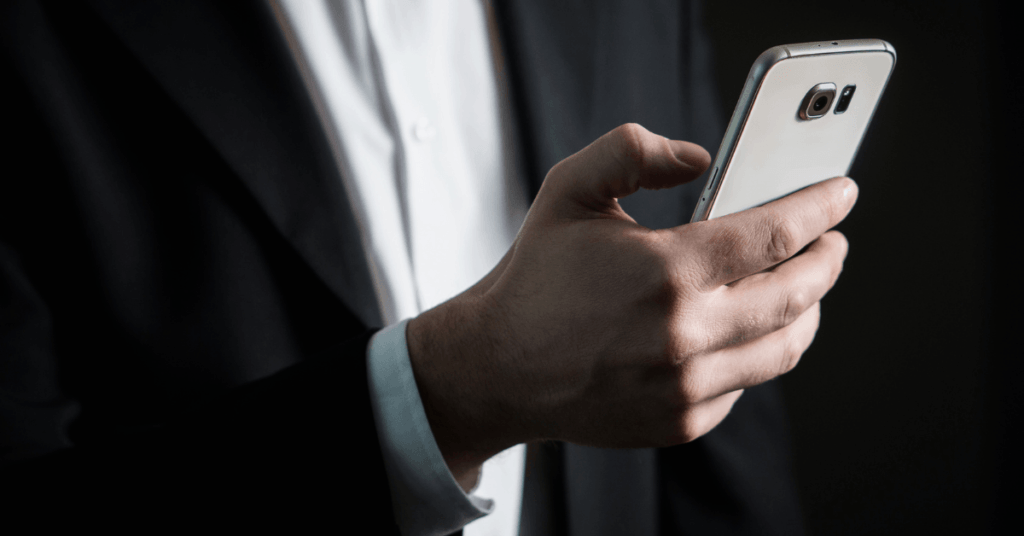 Message Not To Send First On A Dating App #2

How’s dating during coronavirus so far?

If there’s a topic single women don’t want to be reminded of it’s ‘so why are you single?’

These kinds of messages are a double whammy of bad because first off they make you appear insecure; and whilst I’m on this topic avoid asking her how many other guys she’s messaging etc. Before you’ve been on a few dates with her, this information isn’t relevant to you! Assume she’s messaging a few different guys, as everyone on dating apps does, and get on with showing how you’re better than them!

Secondly, single women face a lot of scrutiny about their single status. For her, it’s frustrating, she may not have met someone yet through chance, or choice.

She may love being single and hate the constant assertion that there must be something ‘missing’ because she doesn’t have a partner, or she may really want a boyfriend so this question becomes a real sore spot.

You may not believe me but she is trying just as hard as you are to meet someone!

Either way, this question shines an awkward spotlight on an area of her life she may not feel great about so avoid it!

Message Not To Send First On A Dating App #3

I liked your profile – particularly that you also like dogs! I have a German Shepherd myself. Have you always had dogs? I grew up in the Devon countryside so dog walking was a part of life. I wondered if you wanted to meet for a coffee (or dinner?) next week? I much prefer chatting in real life. Hope all is going well in East London, Mic x

This message isn’t all bad! At least ‘Mic’ has picked up from ‘Rebecca’s profile’ a specific detail (more on this later) however he’s tried to move this on too quickly to a date.

Even though he’s picked up on a specific detail from her profile (good), going to the date without her INVESTING back, still communicates, ‘I think you’re hot so let’s hang out!’

Now, I know what you’re going to say!!

‘Hayley isn’t it good to be upfront and not hide the fact that I’m attracted to her?!’

Yes, but, there will be a lot of men who are attracted to her, so what would make you the guy she chooses to spend her time with?

Also, there are a lot of attractive women you could spend your time with (run with me on this one! You are the chooser!) so why would you give up an afternoon of your time, before you see more from her?

We want to take the specific detail from this example but then express it in a catchier, and more playful way, and only ask her out when she has invested in the interaction.

Repeat: only ask her out when she has invested in the interaction. 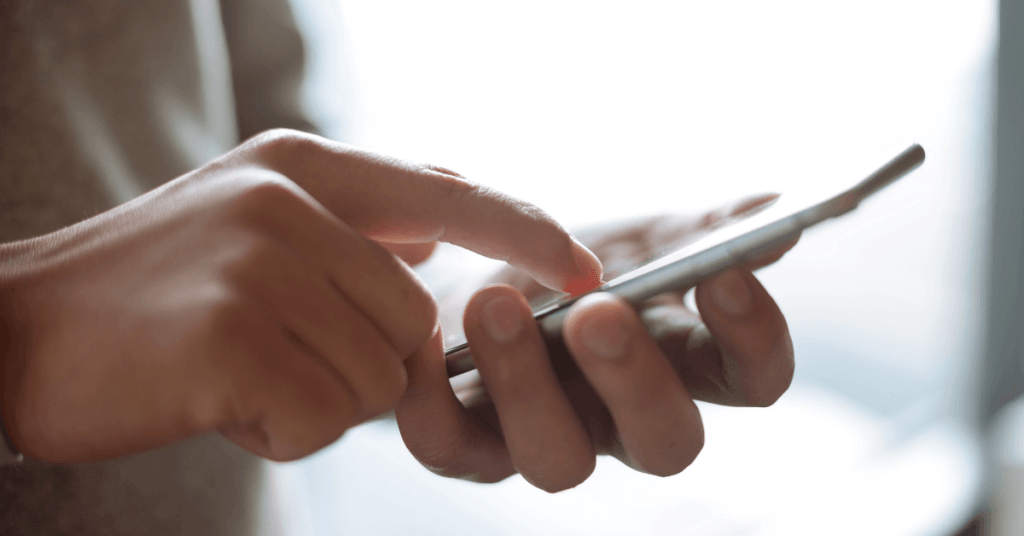 Now as to what to write…

Instead of giving you exact messages to send, I’m going to give you some perimeters of how to craft unique and engaging first messages.

This is how I like to teach messaging, and it’s also better for you.

Have you been abducted by aliens?

It was nice but random meeting you today

I do! They were messages that were good at the time, then everyone used them, and they became cliched. This is why it’s critical that not every man reading this newsletter sends out the same first message!

It’s much, much better to understand what principles make a good message and then to create your own: and it may be easier than you think.

If 99.9% of guys say one thing – what can you possibly say that will make you stand out?

This isn’t just about the topics you introduce, it’s about the tone you write the message in. Let me give you an example…

You could say, “So how was your weekend?” (snooze)

Or you could say, “When your alarm went off this morning did you think ‘wow that was a great weekend?’ or ‘OMG how is it Monday?”

Both message examples here are asking the same thing, but one is much more unique. It all comes down to choosing to phrase things differently.

Don’t be totally agreeable – introduce an element of challenge.

When people are agreeable to the point of sycophantic, it can come across as insincere: like you’re trying to get into her favour because you want something.

So try to think how instead of just giving her compliment, after compliment, how you can give her some praise but show there’s still room for you to like her more.

(This should of course also be for real, because there’s a limit on how much you can like someone before they’ve actually engaged with you.) 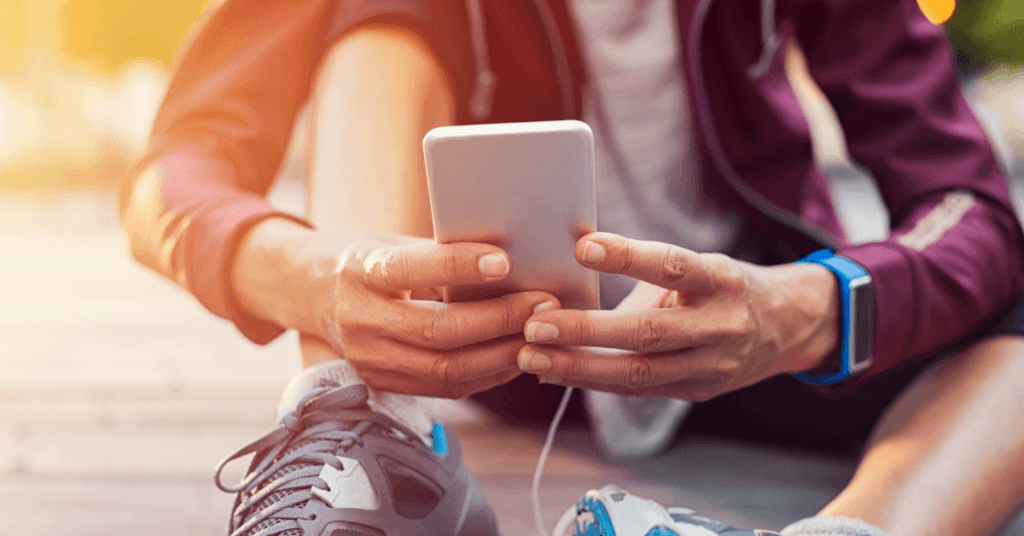 You could write, “Hey Alena, I really like your look in these pictures! You have a great smile too. It’s also really cool you’re into yoga!”

However, this would be better with that challenge element added in…

“Impressive there with the yoga poses, I may take a bit of convincing on joining in though. Tried some online yoga over lockdown & got a crick in my neck. Maybe I need to learn from the best?”

“High five for being a committed yogini — what are the chances though of me convincing you to swap out a vinyasa flow for some hiking boots and a walk?”

These examples still give some praise and acknowledge what you have liked about her from her profile* but they show that you’re not just there to please her, and have your own independent world of fun stuff to bring her into.

*Note: I also hope you’re always picking up on some specific details from her profile to form your first message out of.

And I know what you’re going to say!!!

But Hayley a lot of women don’t even bother to complete their profiles, what then??

So here you have 2 options!

And yes I will always be encouraging you to hold really high standards for yourself around dating: remember she has her part to play in this process too!

I hope you can see there’s a lot that can be learned, improved and tweaked on messages. Ultimately I want you to be the man she is excited to respond to.

That is why I’m super happy to tell you I’ll be hosting a free webinar on becoming a Master Messenger on Sat, 12 Dec at 4 PM!

This training session is complimentary but you have to register.

If you’ve tried to attend one of these sessions in the past but couldn’t get in because the room was full you’ll be happy to hear I’ve booked an XXL digital space for this event so you will be able to join in.

And circle the date in your diary!

Now we’ve gone through our ‘what not to do’ next time I’ll be sharing with you what messages you should send on a dating app!

REGISTER FOR THE WEBINAR HERE