Why love has to evolve- dating advice!

I hope you will enjoy reading the transcript of the interview I had with my friend and HQ Club online club manager Alex. We discuss the things that need to change in dating, and why love has to evolve. We are also giving cool, easy to follow dating advice.

Hi everyone. I’m Alex. As you can tell I’m not from England. I’m actually from Canada. I just recently moved to London and happy to be here at the HQ headquarters today podcasting with you Haley.

Awesome. And I’d say Alex has been helping out- if you guys know about my HQ club.

Alex has been helping me out basically with my mission. One is about real-life dating. And that’s because when you came to London you experienced the highs and lows of just relying on dating apps to meet people right?

I went a little bit crazy about dating apps. I went on so many dates in like a month I went on 10 or 15 dates or something. And they were all coming from these dating apps and then after, you know joining the club and finding out about what IRL means I didn’t know beforehand I found out and tried it out and discovered that it’s a lot more fun. A lot more authentic a lot more challenging.

And quickly what’s the difference for you in between meeting a guy say you match for the guy on like Tinder versus a guy walks up to you maybe during the coffee shop and says hi?

So much more memorable, so much more memorable. There’s something about when someone says hi to me out in public. It’s just about facial features. It’s about the tone of voice. And I’m looking at a dating profile picture and something that I don’t remember that they may have written on their profile. So yeah, of course, I think being out and especially in London, there are so many good opportunities so many people around.

So the thing about meeting people in real life as a guy, is you’ve kind of been told by the media, which I have many problems with, that it’s just not cool for you to say hello. That you’re doing something crazy, creepy and weird. How dare you look at a woman in that way? Whilst we obviously at Hayley Quinn work with women as well so we know how many women are going: “Why we never get approached? Where are all the real men gone?“

So we have a strong cause and philosophy which is about giving you the skills, the thumbs up that it’s very cool to approach her in real life. We want to teach you ethical ways to do that. That is female-friendly where you don’t have to worry about stuff like being rejected. Kind of reversing all of the psychology that you hold around that. […]

As you may or may not know I had a kind of a crazy series of life events about just over a year ago. That made me sit back and think about how dating and love are being taught. And the messages you hear about it and how helpful or not it is and over the other side. If you’ve been following me for a while, you will notice that my general message has become a lot more female focus. So I want to use a bit of this podcast as well to explain to you the benefits of how that applies to you as a man. When we did our latest Haley Quinn Club event we decided to do a summer mixer party where we for the first time bravely got our male and female club members in the same room and saw what happened.

Yeah, we turned speed dating upside down and we had a crazy good time. What do you think? It was awesome?

It was awesome. And I think what was most interesting- it gave men and women the chance to not be on different sides. You know, like how do you say these five lines that will trick any women? No one needs to trick anyone! Like honestly, women are so into you approaching them. No trickery is needed. What surprised the men who attended most was that the women were not getting approached at all and lots of the beliefs that they held around women were not right.

And were in fact, disempowering them from taking the action that they needed to take to get what they wanted. So look, I’m going to give you like my one-minute elevator pitch. So bear with me as to why you should listen to me who’s talking about all this female empowered, love and dating. Women friendly dating! How that positively affects you and is not negative in the slightest. Okay? 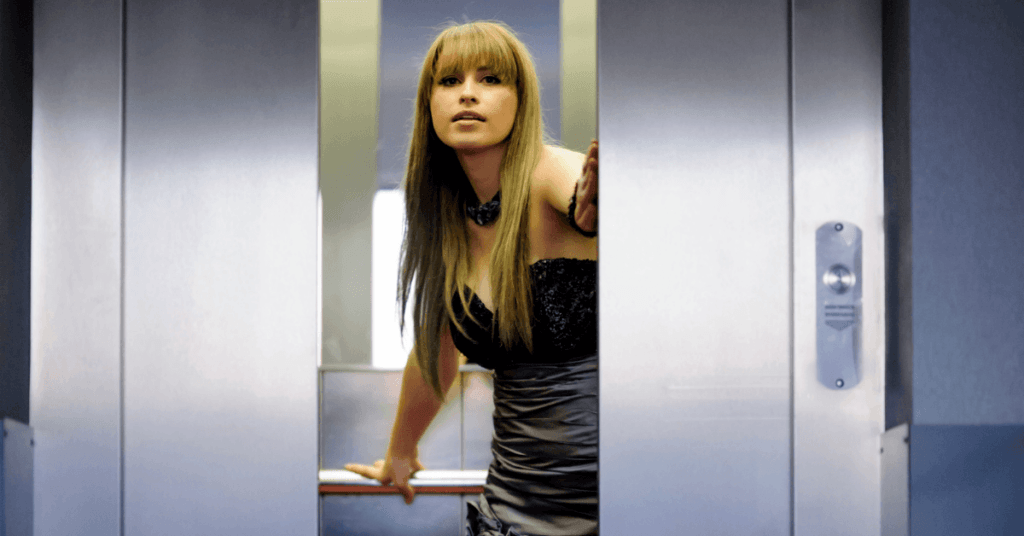 Imagine this as a New World Order.

Okay, the new reality that I’m trying to bring about.

One. Women are not much deeper. They want you to approach them, they’re going to give you clearer signals, or they’ll approach you themselves. Oh, yes, yes. Yes, we will. And that’s because women so far have been told that dating advice woman says they have to sit there in a corner looking pretty and hoping that you’ll say hello to them.

Now you on the other side, probably waiting for a really clear signal from her that it’s cool for you to go and say hi. This creates an environment that’s a bit like the Cold War. No one’s doing anything, but everyone’s feeling a bit on edge. So it’s combat that we’re trying to do. We’re trying to teach women that it’s okay for them to make clear signals. And also that it’s okay for women to initiate a call, at least start the conversation.

That’s right. Another really important principle here is that women should be taking more personal responsibility to communicate their feelings clearly to you. So i.e., if she’s not interested, which is fine. Just let you know instead of disappearing.

Yeah, just say something. I know those awful texts where they’re just gone. Like how does that make me feel? It makes me feel awful.

Right. And you had that situation where you had to maybe in a nice, ethical way, let some guys know that it’s a no.

Yeah, definitely. I’ve always tried to be super clear. I think being straightforward is my key communication thing. So I don’t want to waste anyone’s time.

And I think if you’re listening to this, how frustrating is it when you get a bunch of: “Let me see how my schedule clears up”, or “I’ll let you know, in a few days”. That’s not respectful of her to communicate like that.

So if a woman feels more empowered, and she feels more comfortable to just be direct, and say, “Look, it was good meeting you, but I don’t feel we have that level of connection. So good luck for the future”, at least, you know. And it’s binary. It’s obvious. I think that helps everyone. So it’s all about paying into a system actually, where we start to respect each other a little bit more.

Yeah, it’s all about no tricks. We’re not playing any games. We’re just communicating.

As far as I can see, women being a bit more empowered in love and dating is good. Thus it’s not saying women are better than men. We’re all in the same boat here. It’s all a mess. This isn’t anyone’s fault. This is thanks to a lot of bad dating advice, pick-up advice, Hollywood movies, music, songs giving us funny expectations about romance.

If we can get rid of all of that, communicate with each other, and be honest and open about what our intentions are. Oh my gosh, I think we’d have more love, more sex, more babies and more adventures.

Yeah, exactly! More awesome dates, and being able to meet each other where it really counts in the real world.