Hot and Cold- This is How To Reply to His Mixed Signals!

Mixed signals and how to respond

Today I want to teach you how to respond to these common (and annoying!) ‘mixed signals’ messages men send.  The kind where you’re not sure if he’s pulling away, and that generally leaving you stumped as to what to say next. We’re going to start with five very specific examples of messages that you may well have received before, and I’m going to show you exactly how to respond.

I want you to pay attention to the context around the messages. Some of the responses I’m going to be suggesting for you to send them are little bit sassy and powerful. But they are appropriate considering the context given.

All the messages we will be looking at are common messages he might send you when he’s being a bit hot and cold and pulling away.

Mixed signals number one: “What are you up to later?”

The context for this is it’s not your boyfriend, it’s not your husband. It’s not someone that you are in the flow of dating. This is one of those scenarios where you had a great couple of dates. In this scenario he said on your last date: ‘Let’s go for brunch this weekend. I’ll organise something.’

But the week has gone by and he hasn’t messaged. You feel disappointed that he hasn’t made any definite plans with you. It’s late on Friday night, and you get that message. Now, you are feeling a bit disappointed because you were expecting a proper date this weekend. And instead you got a What are you up to message.

How would I advise you to respond to this message?

Well, first of all, I want you to notice how you’re feeling about it. You’re not feeling great, if anything a bit let down and disappointed. You also want to recognise here that those feelings mean you have hit a personal boundary. In fact, you don’t feel 100% comfortable with like this last minute date thing. You want to go on a proper date! You also want to show him that it’s Friday night and you’re not sat around waiting to see who messages you. Even if you are sat at home watching Love Island (we’ve all been there) some quality time with yourself should always trump a low effort date with a guy.

I wouldn’t say: ‘Oh, I’m out with my friends having such a great time.’ This trying too hard. I would sub communicate that you’re having a great time and show that you have a boundary against last minute date. Simply archive that message and responding to it the next day saying:

This will communicate to him you don’t go out on dates last minute. It’s not something you are interested in. It will also show you are still open to meeting which will give him the prompt he needs to make a real plan with you. 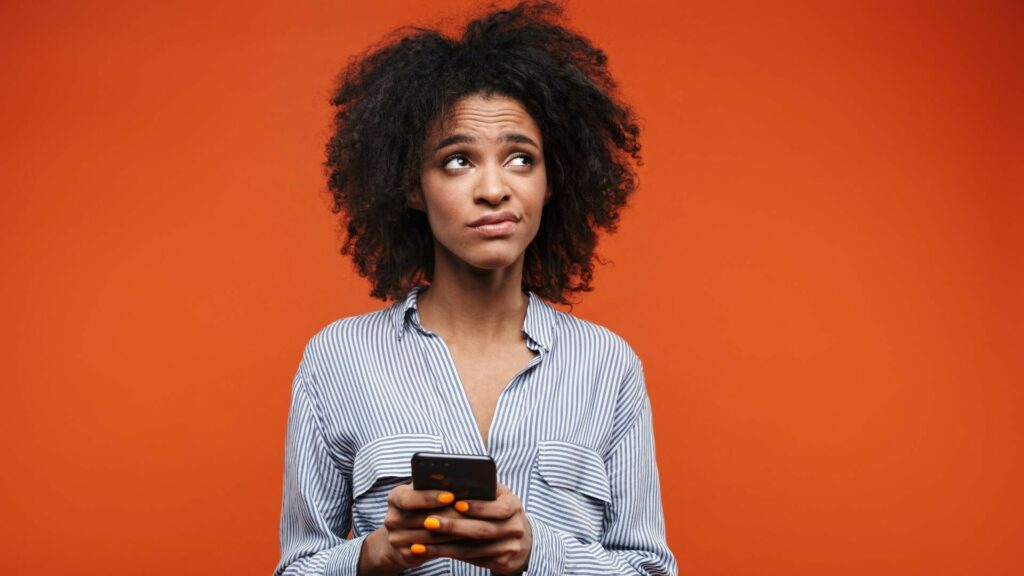 Now message number two is a really common one. It’s an annoying modern dating message that we get a lot- ‘Let’s catch up sometime’, or ‘Let’s hang out soon’.

Without a context this sounds okay. Right? Someone is expressing an interest to see you. But this person, buyer beware. This person never goes on to make *actual* plans with you. Every time they send a message like that and you reply offering your availability such as: ‘I’m pretty free on Wednesday and Thursday next week’, you get tumbleweeds as a response.

So how do you respond to that message? I would mirror back the intention and say it sounds great. Or it sounds fun with a smile at the end. Again, you will show that you’re open to it, but you leave the ball in his court to make the logistics.

Don’t let them leave you hanging. Mirror that intention back to them and then leave the ball in their court.

Now this message, again, in and of itself is not the most exciting message to receive but it’s not a bad message. It’s quite normal when you’ve been with someone for a while that you chat and exchange the details of your day. That can feel quite comforting and nice. But the killer context for this one is, this person will ask you how your day is going, or how’s your morning going; but they will never ask you out. It’s bizarre.

In this scenario, my mindset for you would be to ask yourself, ‘is this aligned with what I want?’ If you want somebody to date in real life who’s making an effort to see you, you may want to start to think about creating space in your life for them to come along. People who text this may want some attention, but they’re not in the right space in their lives to be able to move things forward. They like to chat, but they’re not moving things forward.

Do not respond super often as there is no need to always chat to someone. You can even choose to politely end the interaction here. What you are really trying to signal to this person by cutting back on your communication is, if he wants to talk to you he can do it in person. He needs to make an effort to meet in real life.

Sometimes by not being as responsive, and showing that you’re not there as an entertainment chatting facility you will give him a little bit of a push to actually make a plan to see you in real life. So my advice would be to cut back on your communication, and only use communication that’s purposeful.

Remember, if this is just someone that you’ve been chatting to online, you don’t need to talk to them every single day. You want to meet people who are up for meeting you in person in real life. 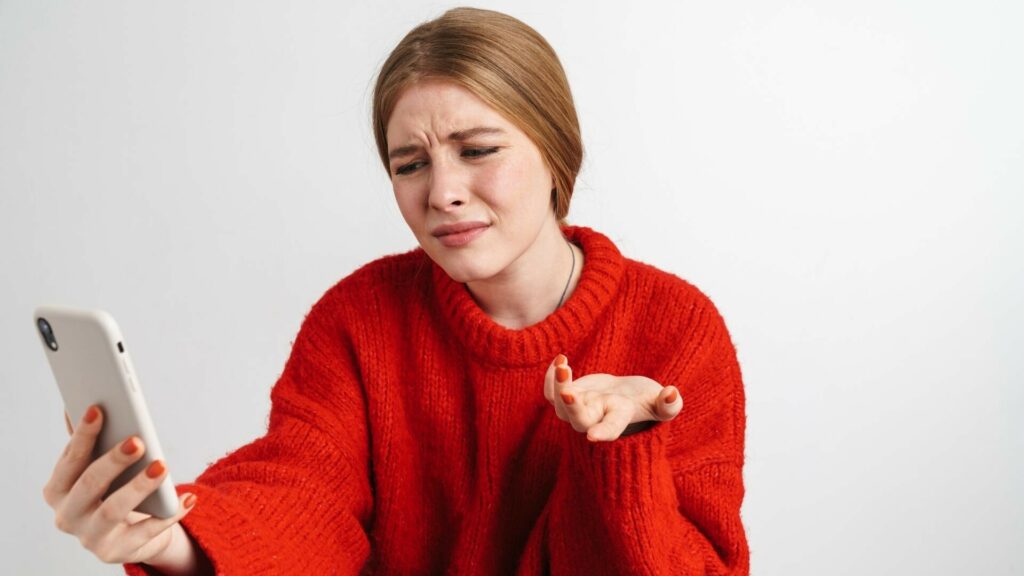 Mixed signals number four: “Hey, it’s a bit hectic over here. Can we do tomorrow instead, I’ll cook?”

So message number four that you might receive is a last minute message asking to reschedule your date.

“Hey, it’s a bit hectic over here. Can we do tomorrow instead, I’ll cook?”

So again, it doesn’t sound bad in itself. But listen to the context. You had a nice Friday date night plan. You turned down some other stuff, because you wanted to make that date. Then at the last minute, there’s a change to schedule and a change to the plan. It’s no longer going out and doing something together, it’s much more meeting him on his terms.

Now, with this in mind, I would be thinking, if you don’t know how you feel about going over and seeing him at his house yet. If this is where you’re at, show respect to your time that you’d already saved on that Friday night. Put up a little boundary here in a way that still shows that you’re interested to see him. You can say you are bit busy tomorrow.

“Tomorrow doesn’t work for me 🙁 But maybe we can go for dinner next week?”

Here you demonstrate that you can’t always keep chopping and changing your plans. And again, you show you preferred the original date option, rather than going along with his new and revised plan. This isn’t about you being obstructive. It’s more about you respecting your time, showing what kind of dates you’re open to doing at this stage, and still showing him that you’d like to meet. 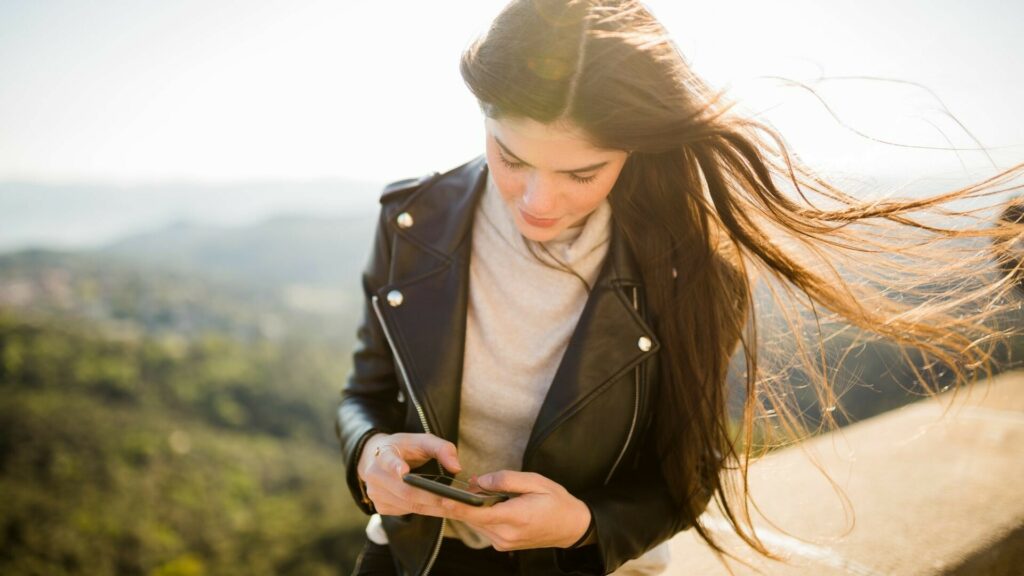 Mixed signals number five: no message at all

Message number five is a tricky one to respond to. There’s no message at all- just a bunch of tumbleweeds. He has not said anything to you for a couple of days, and you are starting to panic about that. So when you’re in the zone, and you’re starting to feel concerned and preoccupied that he hasn’t actually made any plans with you for a little while, what I would advise you to do is one of two things.

First of all, I wouldn’t assume that his lack of message is because of something you’ve done. Before we know a person well, there could be so many reasons why someone isn’t maintaining super regular contact. Something could have happened in his life that you don’t know about. He could not be that much of a messenger. He could be sat there on the other side of things worried that he’s gonna put you off. Or that he’s smothering you by messaging too often.

So to begin with suspending judgement. Don’t immediately jump to the conclusion that this is a sign that he is not interested in you. You may want to wait it out and go on and enjoy the rest of your life and not put too much importance about why he hasn’t messaged you in a while.

The second thing you might want to think about is, is this suitable for you? Is this in line with how you want to date? Does this fit with how you like to message people? If you’re someone who likes a bit more communication. If you’re looking for something a bit more serious, and that’s important to you, this might start to signal that they might not able to give you the level of relationship that you want.

If you do reach out, don’t reach out in a blaming way, keep it casual. This will show that you haven’t taken the lack of contact to mean that he’s not interested or there’s something wrong with you. In fact, you’re coming from a position where you seem much more secure. See what happens instead and give it a little bit more time. As difficult as that is. 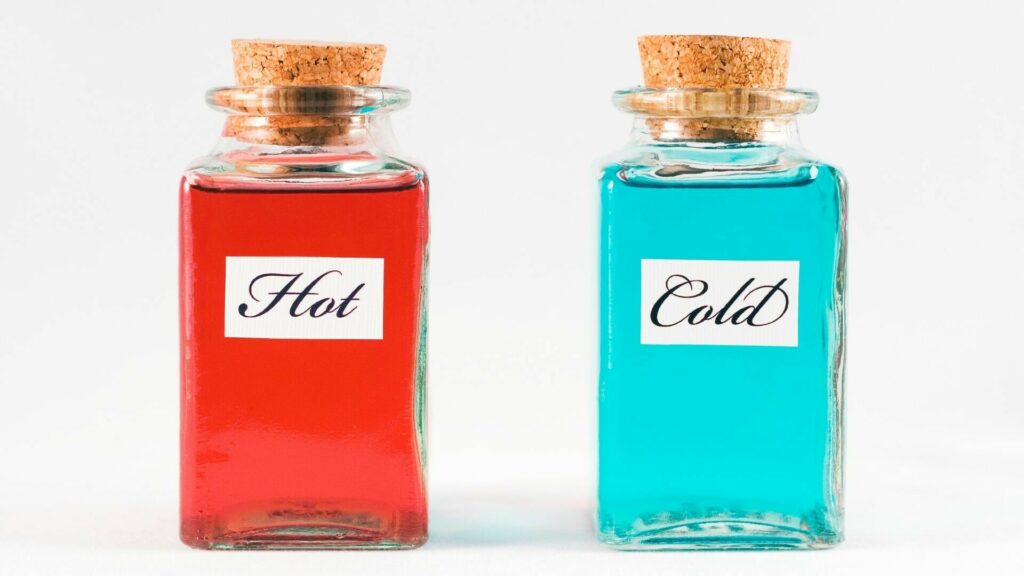 In the end what’s important isn’t in fact how how attracted he is to you. You should be thinking about your worth. You are a great person who wants to find someone who’s going to communicate with you and be there for you in the way that you want.

Hopefully these examples of how to respond to messages are going to put you in an empowered position when it comes to how to think about dating and how to respond. Now the messages are only ever a symptom of what’s going on in our headspace and with our self esteem around dating. If you want to work on that and you want to improve it, I would highly recommend wherever you are in the world, to join me in my Club and take my 30 Day Challenge. It’s a great kickstarter for building your self esteem and actually going out and finding more abundance with the men, and also getting some feedback on your messages in our coaching forum too.