When To Flirt with Women

If you’re a guy who often struggles to know when is the right moment to flirt with a woman, I’ve got a simple principle for you.

We all know that flirtation is important to communicate what your intentions are. But, after coaching 1000s of men and women, I find this often causes a lot of stress to the guys out there. You might be feeling like it’s something that you have to do. And if you don’t do this part of the interaction correctly, she’s going to see you as a friend.

Often this means that you may feel you need to try pretty hard to insert some flirtation into the interaction. Even if it feels out of context. The truth is flirtation isn’t the whole meal. It’s the spice that you put on the top.

Out of context flirtation

You often find you’re trying to flirt, but not feeling like it’s quite as smooth as you want it to be. You feel that women shy away and end up backing out. The reason for it could be that your flirtation is out of context: you’re trying to make it happen when it doesn’t feel natural to do so.

What’s more important than making the conversation sexual, or flirting early on, is to show that you are aware of when she’s ready to take that next step. Because when flirtation comes out of context, it can end up feeling awkward. It will feel as if you are not aware of where she’s at in the conversation.

Out of context flirtation won’t say good things about your emotional intelligence. All it’s going to do is make her feel slightly uncomfortable. It’s a bit like you being a plane that’s flying at 30,000 feet, and she’s still turning around on the runway.

If there’s too much of a big gap between how you feel about one another, she will feel intimidated and pressured. The result? She will withdraw.

When is the right time to start to flirt?

It all comes down to her giving you those signals of being ready and willing to go there in a conversation. Those signals are often related to something very important in all relationships. And that is trust.

The trust might not sound that sexy, but we need to have a degree of trust in place before we use flirtation. Trust will help to not make your flirtation mismatched to how she’s feeling.

To give an extreme example of this, say you ask a woman out on the first message you sent on a dating app. This is highly unlikely to be successful. Likewise, if you walk up to a woman, and you say:

Wow, you’re so gorgeous. I just had to come over and get your phone number!

In a small number of cases, because she’s so shocked, or a bit flattered, she’ll give you her phone number. But the chances of that turning into a date are small.

A degree of trust needs to be established before we can move into the phase where you can flirt with her. 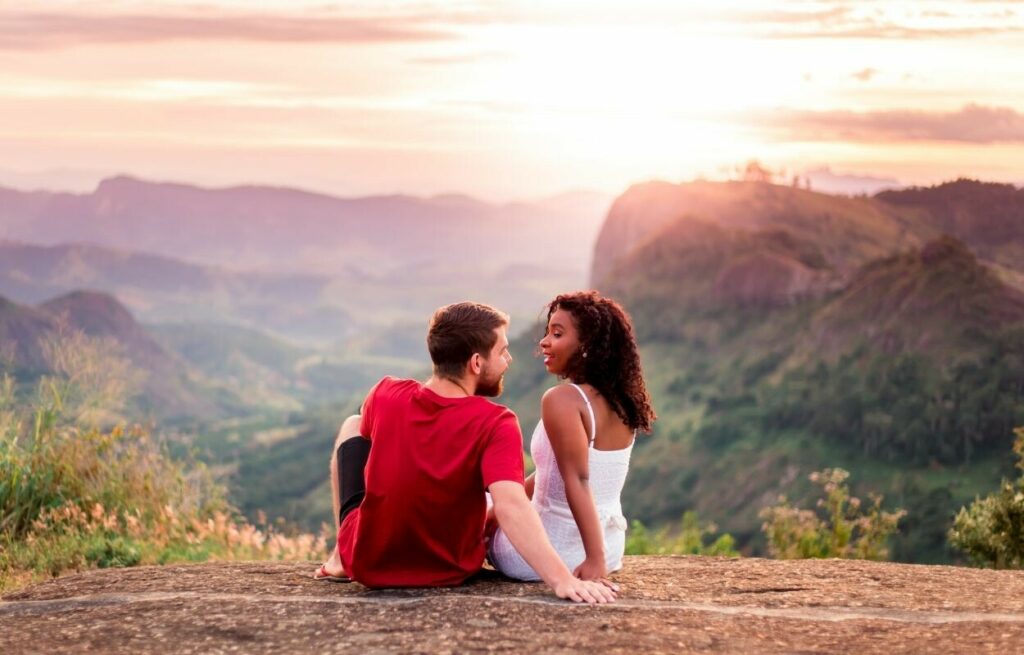 How do you establish trust?

A simple way to think about doing this is to realise that all conversations have a law of reciprocation. That means if you share relatively openly with her, she’ll feel comfortable to share a little bit back with you as well. We want to get to the point where she may be open to taking it up a notch and contributing to the conversation by opening up.

She’s comfortable talking to you when she’s comfortable talking with you. This gives you another great opportunity. If she’s not being open and investing in the conversation, any flirtation will feel a bit alien here. Instead, if she feels that your desire is ramping up in a way that is correlated to how much she’s investing in the interaction, she’s going to get this nice feeling that you’re choosing her. You’re becoming more and more attracted to her because of what she’s demonstrating to you about herself. Now, this should also be the truth.

So right now, if you thinking about how to flirt with hot women, you’ve got to remember there are lots of hot women in the world. Being attracted to her is why you say hello to her, or match with her online. But you need to see if she’s got some of the qualities you like before you invest more time and energy in getting to know her.

These are all the building blocks of starting to interact with women differently. Like a high-value man who’s got plenty of choice, confidence and self-esteem.

I hope I’ve given you solid principles for when you can start to ramp up the flirtation. Remember, a flirtation that is more subtle is more elegant- it doesn’t need to be overdone. You don’t need to try too hard.

If you’ve approached her and suggested hanging out again, you’re 9/10 of the way there. Prioritise matching and mirroring where she’s at emotionally. Cultivate high enough standards for yourself in the women you choose to invest time and energy in.