What to say if she has a boyfriend?

3 exact responses to an awkward moment

After summoning up the courage to say hi to her, and having a good conversation, she can leave the best of men stumped to work out what to say if she has a boyfriend.

Why didn’t she mention this earlier?!

If you have approached a woman and felt things were going well, then at the point of asking for her number she mentions she has a boyfriend, this can feel confusing.

You may be left thinking, ‘if you have a boyfriend then how come you’ve been happily chatting to me for the past 10 minutes?’

Why is she talking to you if she has a boyfriend?

There is of course the possibility that her boyfriend is a convenient untruth that she’s telling you because it’s harder for her to say that she’s just not attracted to you enough to want to take things further. I know this can seem misleading, but getting into her shoes. Think about how awkward that would be to say directly to a guy that you don’t know very well. So the ‘boyfriend’ line may well be a way she’s trying to give you a polite, ‘thanks but no thanks,’ that spares your feelings.

The other option is that her boyfriend is very much a real person. In this instance, she probably didn’t mention him straight away because it wasn’t necessarily obvious your conversation with her was romantically charged. Again: if she brings up the B-word too early, it sounds a bit presumptuous, no?

She also may have been living in the moment, and genuinely enjoying flirting with you, but when push comes to shove, thinks the better of it and removes herself from the interaction.

I understand why all these things may feel frustrating to be on the receiving end but they’re not meant with malice.

If you’d like to understand women a little better you may like this blog which is all about whether men or women find it harder to date. Spoiler alert: the answer may surprise you!

What do you say next?

I want to give you 3 different responses to what to say if she has a boyfriend. I am of course not one of those dating experts that are going to sit here and encourage you to try and get a woman to break up with her boyfriend.

Even if you suggest she’s missing out playfully it’s usually counterproductive. Instead, I want to give you three totally new strategies for what to say if she has a boyfriend.

All approaches (when you start a conversation with someone you’ve never met before) should be built on the principle that you want to leave her feeling happy. Not harassed, or annoyed. Not miffed or bemused. Content. Now, of course, you can’t control how she responds but the principle of being altruistic here is a good start. If she has a boyfriend this doesn’t mean that she doesn’t like you or that there’s anything wrong with you. It just means she’s got someone already in her life.

I would use this as a nice opportunity to build her self-esteem and leave both of you smiling by saying something like, ‘he’s a lucky man, have a great day.’ This positivity will make you both feel good and helps a bigger cause of women associating positive things with a man approaching them: which one day will benefit you when you approach another woman and she’s more relaxed about the experience

*** Okay this may never happen but it’s still worth doing! Think of the bigger picture!

Ok, the fact that after speaking to you for ten really enjoyable flirty minutes and then not being able to take her on a date is annoying. I get asked often ‘why do women flirt with men when they’re taken’. I would answer this by saying that people have different definitions of ‘flirting’. Your version of ‘flirting’ with her could be her version of ‘being friendly’.

And of course, some PEOPLE (not just women) can be a bit relaxed about their relationship status. Some people cheat. Some people flirt to get an ego boost. People aren’t perfect. But as I explained earlier, this isn’t intended to be malicious.

So what to say if she has a boyfriend that comes as a ‘surprise’ to you? I would be playful. Playfulness diffuses tension. It also allows you to ‘vent’ in a way that isn’t hostile towards her.

Note: If you’re thinking ‘damn that was cool,’ and you’d like to understand how you too can learn to meet women in real life I’d advise you to check out my next Training Day Workshop. 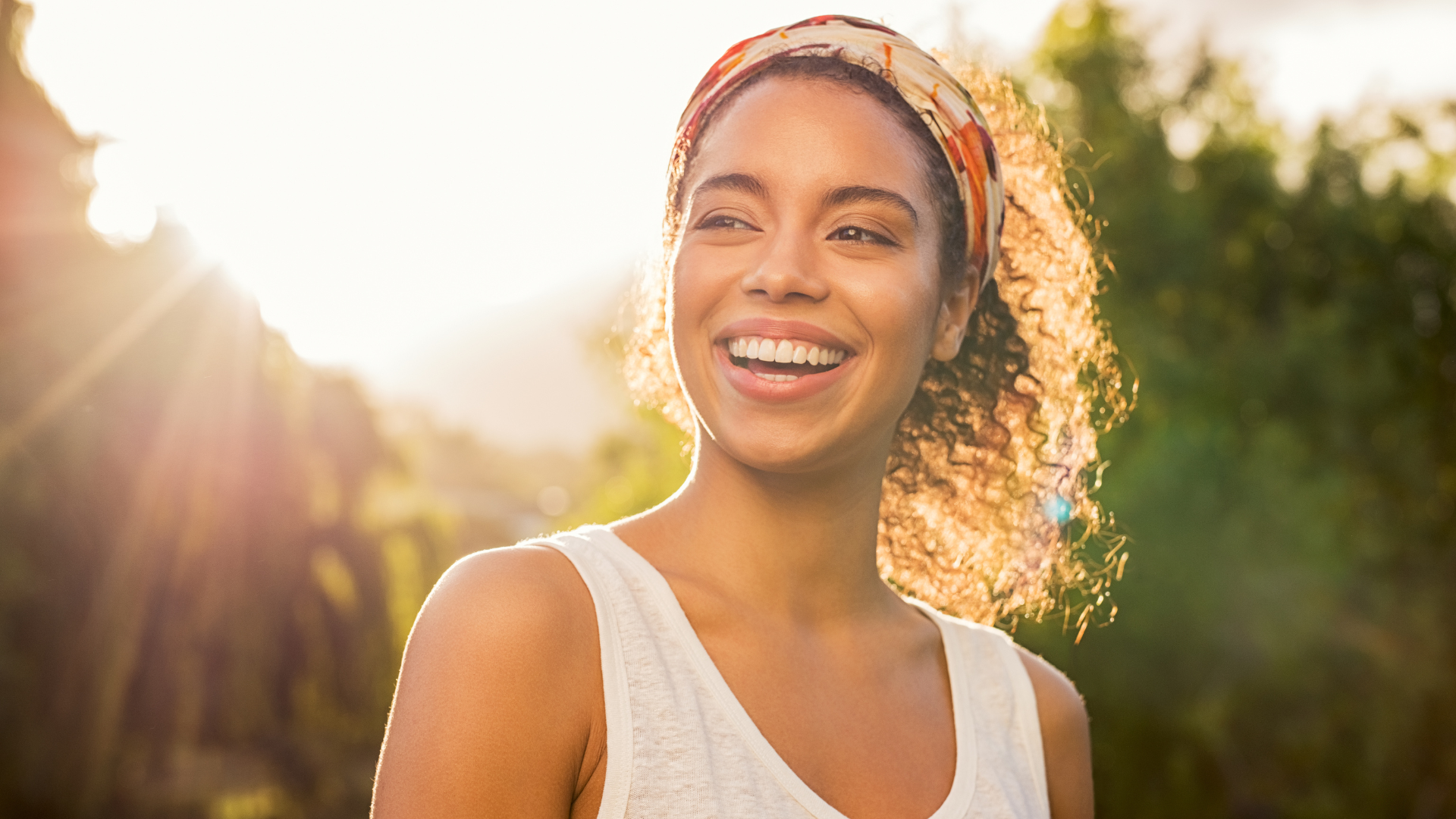 Imagine if you meet a woman, really click, sparks are flying and then (with hesitation/an apologetic tone) she tells you she has a boyfriend.

In a perfect world when a relationship begins to dissolve or isn’t ‘right’ people would have that realization and choose to be single. Unfortunately, relationships are a lot more complicated than that. The decision to be single – particularly for women so stigmatised for being single – isn’t easy. The path forwards often isn’t clear and sometimes it does take getting some ‘feels’ for someone else for people to wake up and realize what they want.

Still, even under these circumstances, I wouldn’t ever advocate trying to ‘steal’ someone else’s girlfriend. Morals aside, the facts are if she’s just coming out of something big then she’ll need time to re-orientate herself and be okay to be by herself. If you want anything meaningful here then it’s not the wussy option to express an interest in getting to know her better before making your move.

You need to also be mindful here to keep some distance until she’s definitely out of a relationship. Step in too early: too many messages, too much emotional (or even sexual) support when she’s unsure about what to do usually doesn’t make people break up faster. It usually means because she’s getting her physical or emotional needs met with you that she doesn’t need to analyze whether her relationship is working or not.

Added to this she will feel guilty and actually incentivised to stay in the relationship. So on a moral, or cold hard strategic, level, this doesn’t work. If someone is showing signs of being undecided or confused stand back; let her come to her own conclusions. Stand back.

Plus you deserve someone who is totally ready and available to you. Not chasing around after 20% of someone’s attention. 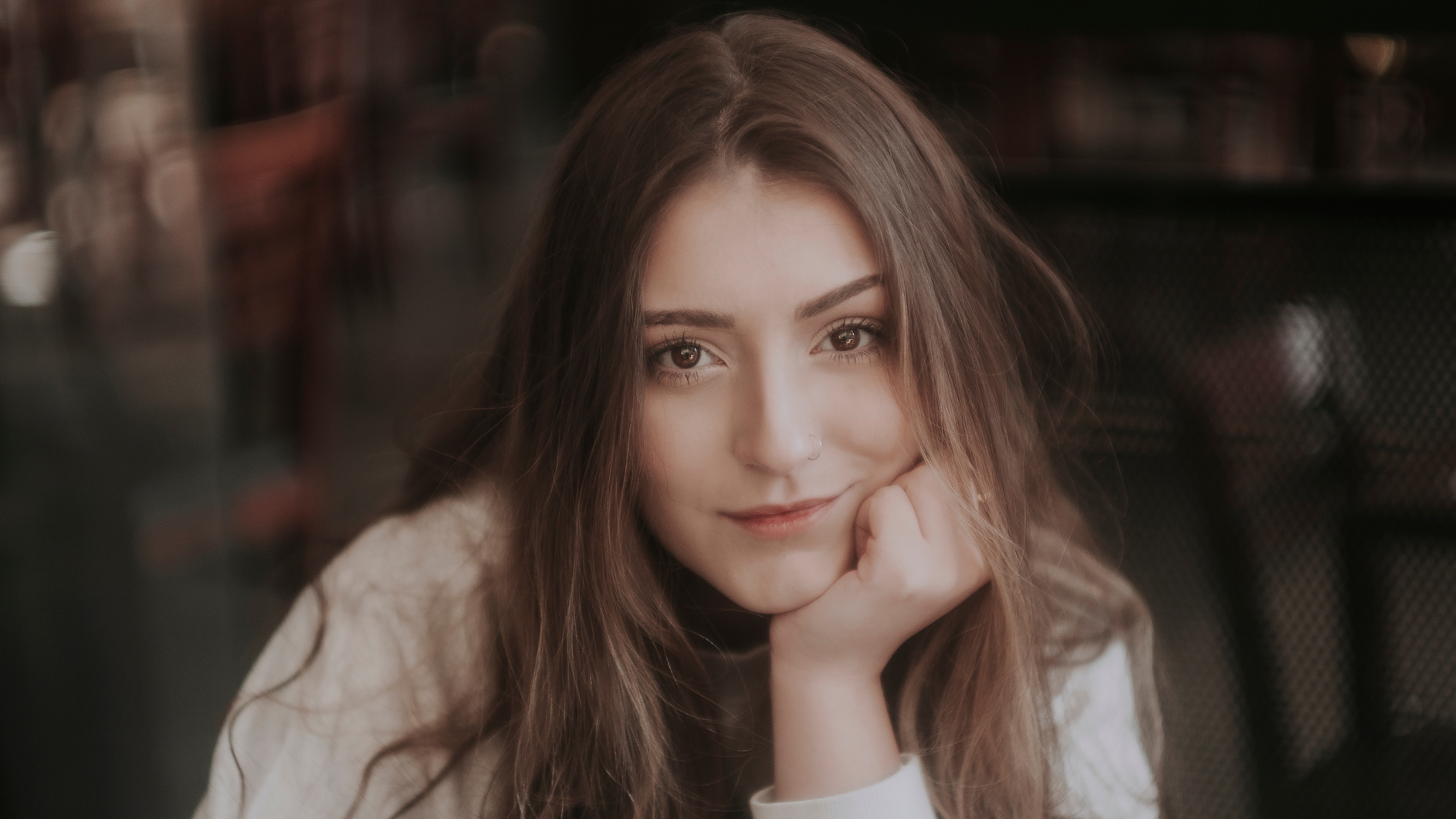 So what to say if she has a boyfriend but you’d really like to get to know her?

As a nice response, you can say, ‘Look, I’ll always respect your boundaries but I have enjoyed talking to you. Let me take your number so we can at least stay in touch.’

What to say if she has a boyfriend can be a bit of a minefield. The most important things are that you keep it positive. Keep some distance and don’t let a bit of disappointment stop you from meeting all the women that are available. 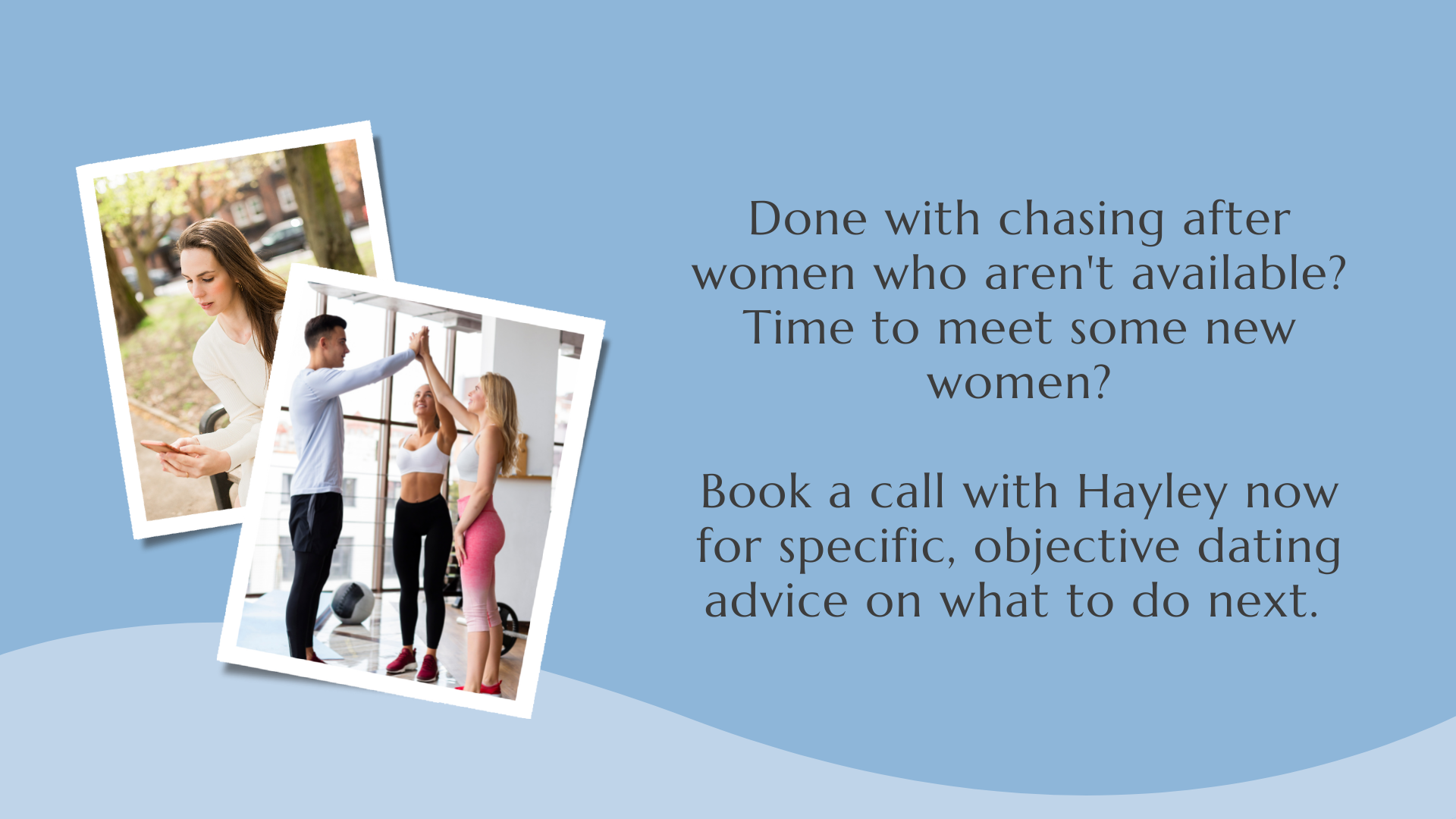 BOOK A CALL WITH HAYLEY