Why do you hold out from approaching a woman?

How to approach her in 4 easy steps

You may hold out from approaching a woman because you:

That’s why in this post I want to do something a little different. I want you to focus on approaching a woman, by thinking about how you want her to feel during those crucial first 20 seconds of the interaction.

Your interactions with her should not be robotic, or scripted. I want them to be authentic to you. I want you to find that conversation comes naturally to you because you have a great grasp of what she needs to feel, to feel attracted to you. And because you have developed some great communications skills.

So how do you master what to say when you approach a woman? 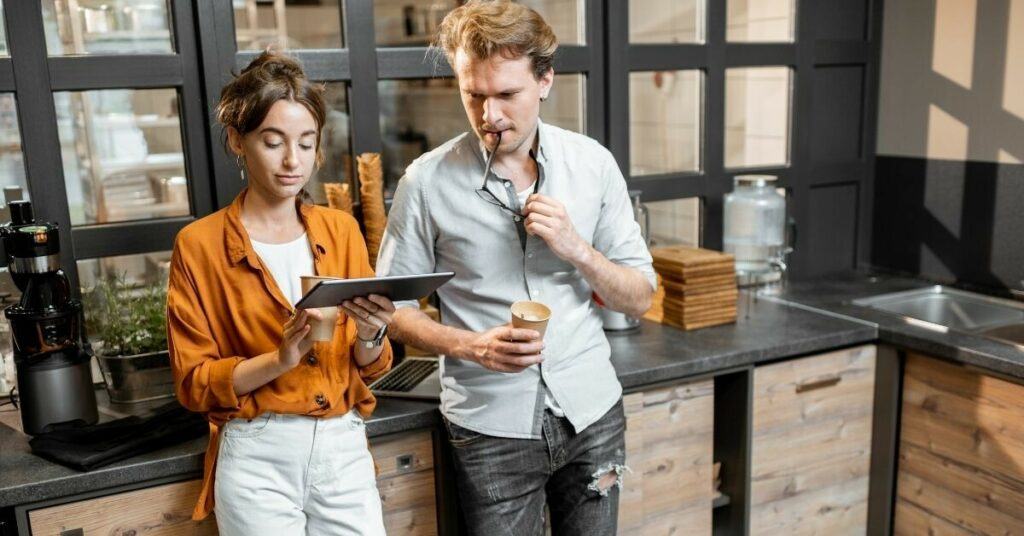 Step 1 – She needs to be present and give you her full attention.

If she’s running at full pace on a treadmill… Or if you’re in a crowded bar with loud music… If you’ve said hello to her on the street, but she’s walking and talking… Chances are she won’t feel the full impact of your words isn’t going.

The analogy I always use here is to imagine you’re a comedian getting on stage. You’re telling a funny joke, but the audience is still getting into their seats. Do you think they’ll find you super funny? Do you think that means your joke sucks?

Nope! It means they weren’t listening. The same goes for women, don’t say anything beyond ‘hey’ or ‘excuse me’ unless she’s stopped and turned towards you.

Step 2 – She needs to feel like you’re socially intelligent

Women often won’t tell you that they’re not interested. They’ll usually be less confrontational and hope that you’re socially intelligent enough to pick up on earlier cues that she’s not interested.

(There’s a good reason for this. ALL women will have dealt with some form of hostility from a guy they’ve turned down. To her perspective it feels safer to be subtler.)

When a man approaches her she may be concerned that he’s going to over stay his welcome. Or won’t respond to those gentler signs she’s not interested earlier on.

I know that the vast, vast majority of guys are if anything too considerate. In fact won’t approach a woman full stop because they’re worried that she’ll see you as one of those guys.

By demonstrating your social intelligence, you can both be bold and approach her, and indicate that you’re not looking to force an agenda on her. If she wants to talk great, if not you will move it along.

You can show social intelligence by showing you’re aware of what she’s focused on in that moment. If you see two women at a bar talking, and say, “Hey… I know I’m kind of gatecrashing here but I just wanted to say…” they will see that you’re intelligent, and relax more, knowing you’re not going to be overly pushy.

And why would you want to be pushy?

Part of knowing your worth as a man is knowing that you deserve women to meet you halfway in your interactions. 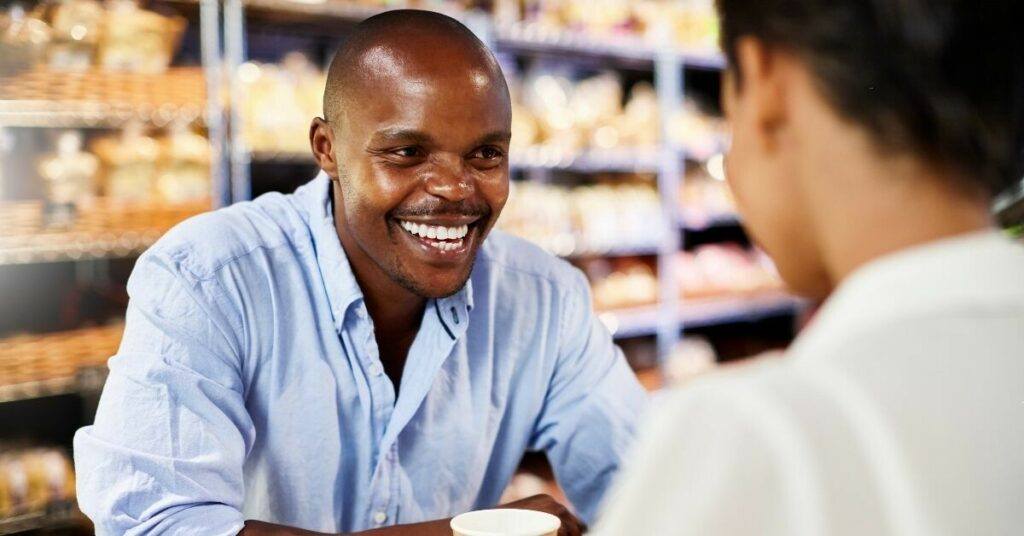 Step 3 – Give her a specific compliment.

You don’t always need to tell her that she’s attractive, to communicate your intentions. Sometimes telling a woman outright, “you look great…” is a sledgehammer, when you needed a lock pick. The best compliments show that you’ve chosen to speak to her, because something specific about her caught your eye.

NOT that you’re just one of those guys chancing his arm with every woman he sees.

Great specific compliments can be created easily by switching on your observational abilities.

When you meet a woman via a dating app you know some basic details about them. In real life you need to provide this information to her to allow her to trust you more. If a woman sees that you tick some boxes, and hey, at another time may be she could have bumped into you at her friend’s party, this will do a lot to establish trust.

Now of course you can’t say, “Hi I’m Steve, I’m 39 years old, I’m a doctor and I’m from South West London,” but you can wrap it up in an anecdote that’s more elegant:

“I don’t know about you, but this is my favourite local market. When I’m not on call, I like to take a bit of time to get my groceries in person, as you get so much better produce here. You look like you might be a foodie as well…”

What’s the problem with saying this? It does convey a lot of information about you that’s good for developing trust. Well, it’s quite a monologue.

It doesn’t give her much opportunity to share and open up in return. For her to feel really connected to you, your interactions with her have to be a DIALOGUE where she contributes too.

So how do you remedy this? Simple: you pause. 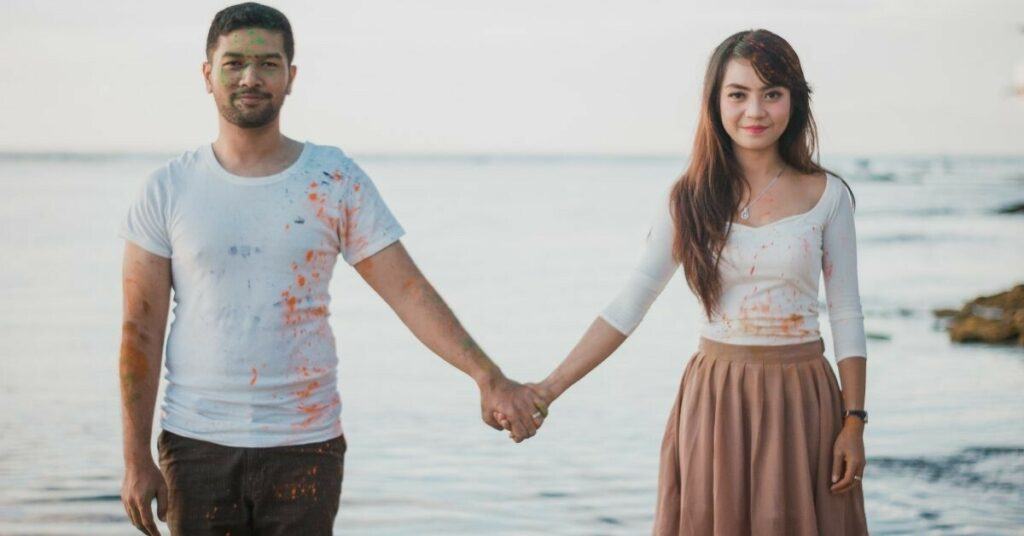 Why should you use a pause?

Pauses give her a signal that if she wants to join in the conversation she can, and if she’s not quite comfy enough to open up yet, then you can carry on i.e.

“I don’t know about you, but this is my favourite local market. PAUSE. When I’m not on call, I like to take a bit of time to get my groceries in person, as you get so much better produce here. PAUSE You look like you might be a foodie as well? PAUSE I’m Steve btw…PAUSE”

And you’ve guessed it! If she doesn’t contribute to the conversation by this stage, you should be the one walking (kindly) away.

Summer is almost with us and it’s time to think about what you need to do to put yourself back out there on the starting line approaching a woman you like.