You Must Do This Before You Ask for Her Number

She never replied to your message?

What’s the one most important step you need to take before you ask for her phone number? How can you make sure that when you message her the next day she will get back to you? Let me tell you all about the secret ingredient to your interactions. I promise it will help her feel like she wants to stay in touch. Don’t let all that effort to approach her, and get her phone number, fail to lead to a date further down the line.

The ingredient you’ve been missing

So what is the valuable step that you’re missing out on? What is stopping you from creating connections with women you interact with?

Right now you feel like you’re putting in the groundwork. You’re being bold and approaching women. The conversations you have are lengthy ones. But every time you send them a message, it never leads anywhere. I know that this can feel pretty demotivating.

So here’s the thing- it’s unlikely that it’s because you sent a text message. There might be nothing wrong with the message you sent. If someone isn’t getting back to us, we need to rewind a step and look at what happened in the actual interaction.

To begin with, I want to ask you this question: “What do you think she wants to experience in your interaction? What do you think will make her feel compelled to want to stay in touch with you?”

We know what it’s like you speak to a woman, they think you seem nice enough, you have a bit of fun, you banter together. But after that initial enthusiasm fades, you walk off in one direction, she walks off, and the doubts start to rise. That strong impression you made on her is going to fade. So the thread that keeps her feeling excited to stay in touch with you, again, is twofold. She wants to feel like that interaction is unique. If she’s had a conversation like that already this month, it’s not going to stand out in her mind. 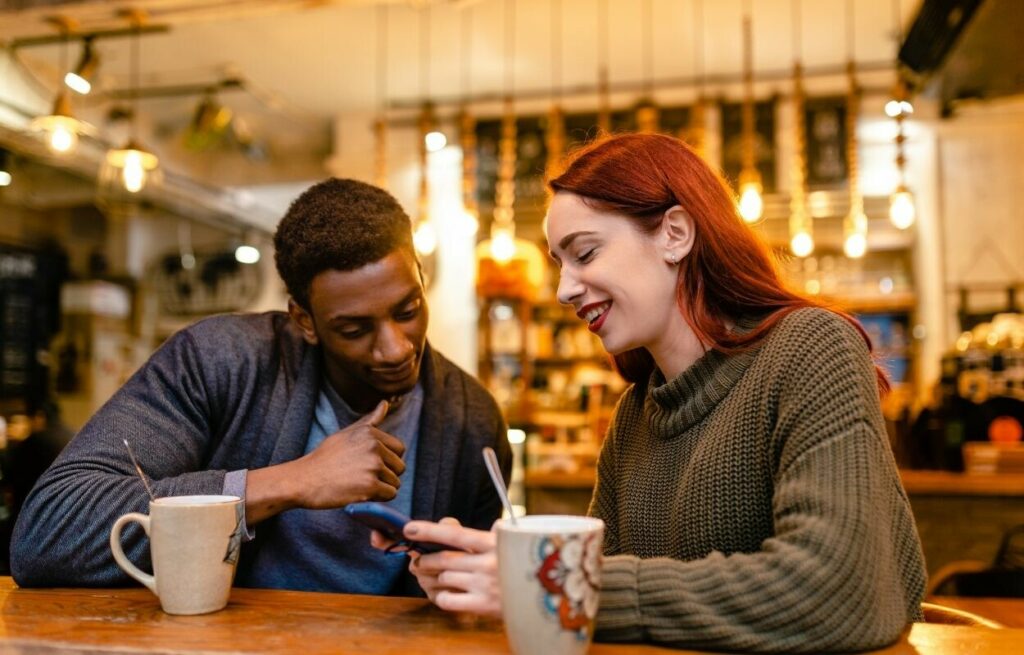 Getting her to be authentic

She wants to feel like you established a deeper level of personal connection. When you meet a woman you may be funny, witty, and doing a grade-A performance, but if you don’t get an emotional investment from her, it’s all for nothing. If she’s not opening up to you and making no effort in the interaction, she may not feel compelled to stay in touch. So the secret here is to encourage her to be more authentic with you.

How can we get her to contribute to the interaction? How can we check that she lines up with the values and qualities you’re looking for in a partner? And how can we let her know that you’ve asked for her number because she’s demonstrated a quality that you like in a woman?

That quality can’t be superficial. It has to be something about who she is, as a person. If you feel lost about what qualities beyond her natural good looks you’d like to have in a girlfriend, don’t panic, I have a whole blog dedicated to this.

So how do we signal to her that it’s because of some contribution that she’s made to the interaction that you’re requesting her phone number?

First, we need to identify those qualities, you need to have some understanding of what qualities you like in a person. What do you find attractive?

Are you drawn to people who are spontaneous and playful? Do you like people who are warm, supportive? Do you respect people that are ambitious and independent? Start to begin to define those values?

For her to feel like she can talk openly, you have to talk openly to her. When it comes to a conversation, it’s less about you showing her how fun or playful you are and more that you are open to talking to her.

Now, this could be simple. It could be a brief moment where you share details about your life and give her a bit of backstory. This will help her to start to develop trust and to feel she can contribute to the conversation.
You can start by saying something like this:

“You know, it’s funny that I started talking to you today. I was not going to bother going out tonight. I’ve had such a hectic week at work but my friends twisted my arm and so here I am.”

“I was almost intimidated to come over and say hello to you. I was expecting you to be a bit standoffish, but you seem warm and engaged.”

Giving her some backstory, being open about your life and talking candidly will set a precedent in the conversation. This will allow her to feel she can talk openly to this you as well.

If she’s giving you very little in the conversation and she is not talking openly, cut your losses there. Wish her a good evening, move on and look for women who give back to the interaction. Remember, it’s not about how you impress and perform for her. It’s how well you’re able to create an environment where she opens up and contributes to the interaction. 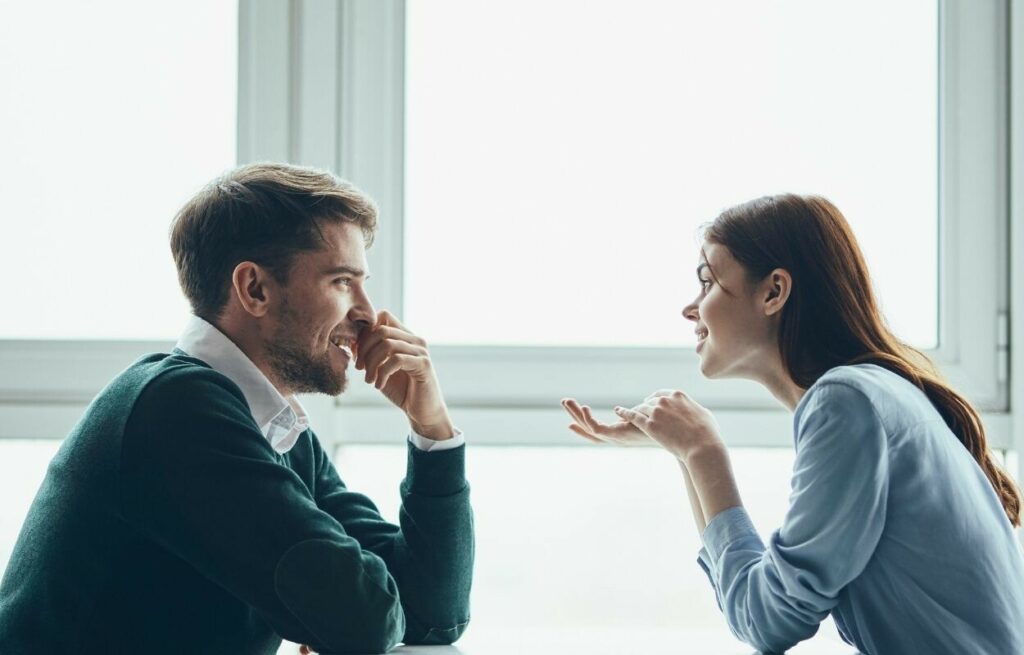 My third tip is to listen. People will tell you who they are all the time, they give you loads of hints through what they say. If you get stuck in your head worried about her judging you, you will miss these important cues. Remind yourself to be present with her, and listen to what’s important to her. By actively listening to what she’s saying, you’re going to get loads of cues.

When you do hear a quality that you love, verbally identify that to her and flag it as a compliment. Don’t think about bombarding her with superficial comments about her looks. These compliments aren’t that meaningful to her. It will come across like you’re saying stuff because you want her to like you. Instead, you always must present yourself authentically. Be a man who recognises that there are plenty of great and attractive women he could date. Be a man who is looking to move forwards only with women he’s attracted to and with who he has some kind of personal click.

Say to her: “I like how you’re so spontaneous, and not bothered about breaking into dance moves in front of a stranger”.

A compliment like that, that’s personal and identifies with her, will show that you’re choosing to move forwards in this interaction because of the connection that you’ve had.

Get her phone number

My fifth and final tip is to use this identification of a personal quality as your springboard to ask for her phone number.

“Look, I know you’ve got to get back to your friends, but it’s been fun talking to you. Before you go, let me grab your number.”

The number question should feel like it’s spontaneously arisen due to something she’s contributed to the conversation. And as I said, if you do not get that contribution from her, don’t be a performer. Don’t be the dancing monkey. Instead, be okay to walk away when you recognise that she is not also making some effort in this interaction.

If at the moment you feel like you’re putting all the effort in, but those phone numbers aren’t converting into dates, look back at what’s going on in the original interaction.

Think about how much you know about her. Think about how much effort she made towards you in the conversation. This is going to give you some hints and some clues as to how you need to start to rebuild your interactions differently and show that you’ve chosen her because of who she is not because of how she looks.