What are ‘honest signals’?

“Honest signals” are signs that he’s a ‘good guy’ that are hard to fake. I always feel uncomfortable writing blogs like these. I don’t want you to approach dating with the assumption ‘men are all liars’ etc.

Guys are pretty great, but I do understand after a few bad experiences how you enter dating from a defensive position.

Whether it was that guy who had a liberal attitude toward the truth. The commitment-phobe. Or the man who bailed out on you when you needed him the most, it can leave you with a sixth sense of danger. That can morph into anxiety which means you overanalyse his every text. Or creep on his social media and feel unsettled the second he leaves your side.

You don’t need another of those guys: instead, you want to switch your spidey sense on to the good guys out there. (Who are plenty, keep reminding yourself of this!)

Good guys are going to give you some very clear ‘honest signals’ that (when recognised by you) will allow you to open yourself up to love and go with it.

So my signs of a good man are not that he’s there whisking you away on some fancy holiday, or asking you how many kids you want on a first date. If he does RUN. These are signs of poor personal boundaries at best. (He doesn’t know you well enough to justify this level of infatuation.) Or wooing you because he likes the thrill of winning you over at worst.

“Honest Signals” are based on small actions he takes. They show care, openness, respect, consistency and communication. There are some very good foundations for a relationship.

When there are conflicts, people process and deal with them in different ways. Some people want the emotional reassurance of talking it through. Others need some space to decompress before they return to a situation.

Space isn’t bad for him to want as long as he articulates it. ‘I need a few days to recover and get settled’ is a lot better than looking at your phone wondering when he’s going to text and hearing the sound of crickets. If he steps forward after a disagreement and sticks around to ‘talk it through’ even better. He’s showing an appreciation that no relationship is perfect and a willingness to mediate.

Our part in this is to realise a. if someone asks for space it doesn’t mean they don’t like us, and to respect that request. b. ‘De-escalating’ a situation is key. I can remember relationships in the past where I slammed a door or walked out to see if the guy would follow, to ‘prove’ he loved me. This is BS. Keep it, calm people! If you want to love, sit down and talk to him about it.

Going to own up that this is a personal preference of mine. They are a bit ‘cloak and dagger’ about their past. Perhaps, they are aloof about where they’re going for that long weekend with their friends. Or unable to admit fault- RED FLAG! RED FLAG! RED FLAG!

I would always rather be with someone who holds their hands up and says, “I’m sorry I fucked it up” or “our relationship fell apart because I wasn’t ready and felt under pressure.” This says ‘I take responsibility’ and ‘I am secure enough in myself to be open with you’. Emotional intimacy is everything: if he keeps half his world separated from you, be warned. 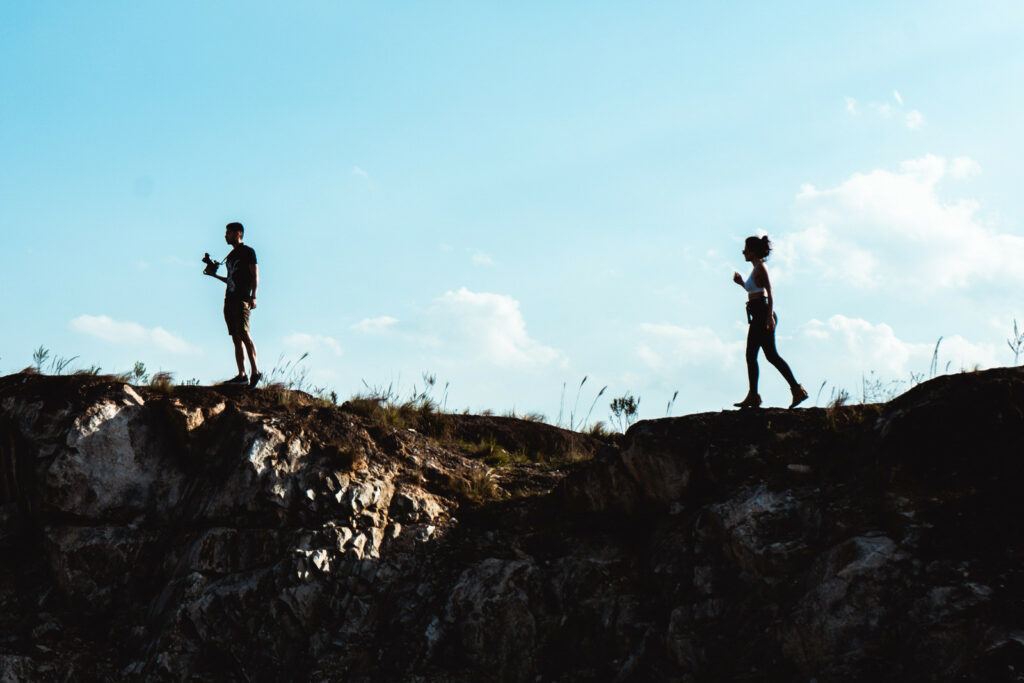 Let’s start with the obvious, you are two people thus you’re not going to agree on everything. It’s okay to have differences of opinion or how you like things done. The important thing is that your guy accepts your position on something and doesn’t try to change your mind about it. This doesn’t have to be logically trying to convince you of his perspective, it could simply be a big fat sulk or bought of moodiness when you don’t agree with him.

A person who can compromise shows the respect that you have your own life and opinions. One of you could want to spend more time together than the other, so you meet halfway. Or if it’s something like a sexual act that he ‘checks it out’ that you’re into it first (or vice versa!) and if he gets a no doesn’t push it. A man who is tearing your clothes off without making sure you’re on board with it at every stage, or who sulks if you don’t want to do something, is bad news.

High-five to the men who ask ‘is this okay by you?’

Care is a beautiful quality in anyone. This means that if he hears you’re sick he offers to help out and bring you shopping. That is you have an awkward-because-we’ve-only-recently-met sexual issue he sticks around to offer you emotional support.  If you have a big meeting that day, he remembers. And he thinks about whether you’re tired and need some more rest. He helps you with seemingly mundane tasks like shopping and tidying.

The only caveat on this is when ‘care’ is a cover story for ‘control’. If he has to be with you all the time, is keeping tabs on you online, and doesn’t like you spending time with your friends. This isn’t because he’s worried about your safety, it’s because his possessive tentacles are out. If you think this might be the case refer to ‘signs he’s a good guy number 3’. Tell him what you want and need ‘I like to have at least a couple of nights a week with my friends because they’re important to me’ and see if he listens to that.

This is my favourite. Consistent behaviour suggests the strength of character and true emotions. This could be regular messaging, seeing each other a couple of times a week, and investing in your relationship over some time. It’s all well and good being swept off your feet but respect, love and trust take time to build.

The trick with this honest signal is that you won’t know if you have it or not until you’ve been dating for some time. So make sure you pace yourself and take some time to work him out before you cancel out your whole diary for him. Show self-respect by having some personal boundaries… and then see if he’s able to respect them.

Of course ‘good guys’ and ‘bad guys’ are just in the fairytales. People are rarely all bad or all good. All relationships and new beginnings are by their nature a leap of faith. Use these guidelines to reassure you that the leap isn’t all that big!

If you’re reading this I bet you’re a smart, self-assured woman, who thinks about life and has a lot to offer the right person. Now you know how to spot his intentions and are truly honest!

Ready to start making smart decisions with your dating life? And to finally meet a good guy?