What to do when her profile has no bio?

It can be very annoying when you see a woman online you like, and she has no bio! It gives you nothing to work with and can make thinking of what would be a great first message to send her tricky.

In 2021 the standards for a great online dating profile have gone sky-high. And yet, so many people seem to spend no time or effort in writing a great biography. Some don’t even have one! This is why I want to tell you about three strategies or ideas on how you can creatively message women online, who have no bio on the online dating profiles (and also help you get into the right mindset where you might want to pass these low-effort online daters by…) 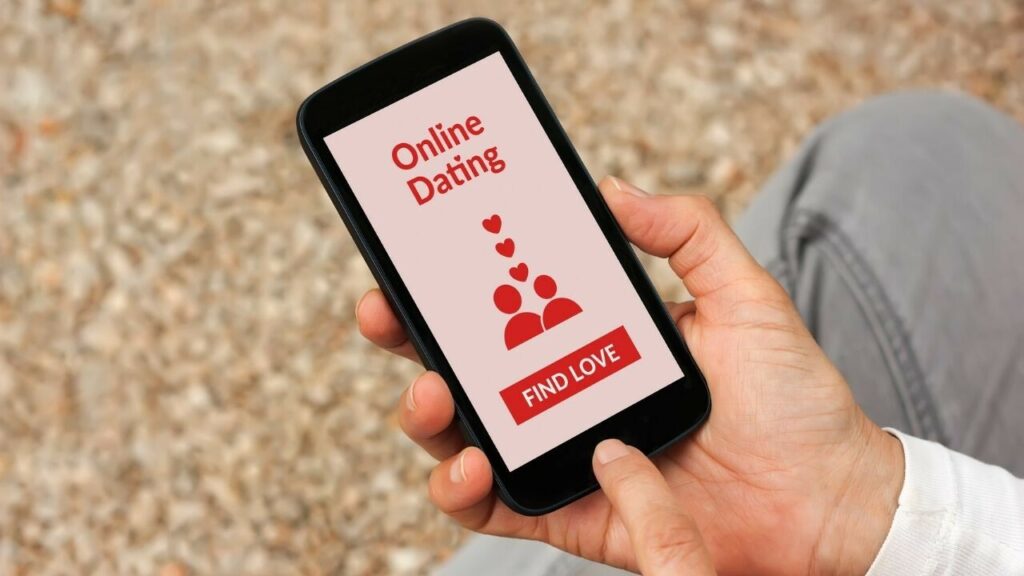 Option 1: Prompt her to reveal some information about herself.

My first strategy is to prompt her to invest in the conversation with you and tell you something about herself. In the first part of this, you want to do something to acknowledge the fact that she hasn’t written a profile. This could be a little comment:

Comments like this are showing that you’ve noticed the lack of profile which is good. It’s preferential for a woman to have written a profile. But if she has not, it shows that your self-esteem is really in the right place by drawing attention to that. Do it in a way that’s playful and isn’t critical, as you should do with all your online dating messages.

Follow this up with a question that prompts her to share some information with you. You could ask her, “what’s one thing I would never have guessed about you from your profile?”.

By phrasing the question this way, it sets up a fun and playful challenge. She will have to come up with something creative or interesting that she’s doing to share with you. This also positions you as the kind of guy who has standards.

Having standards is important in the world of dating. You might like her pictures but if she doesn’t send you a good message here, lose interest in her. So by asking her to share something interesting, something you would have never guessed about her, you will set up a little challenge for her.

If she does share that information with you, that’s a really good sign. If she writes back either “No”, or “Can’t think of anything right now”, you would want to end the conversation there. If she does respond in a way that is open and playful though, she is sending you a good sign for continuing the conversation.

HOT TIP: you must get the phrasing right. If you say, Tell me something about yourself, it can sound a little bit like a psychotherapist. So make sure that when you ask questions it is playful, and cannot be interpreted in another way. 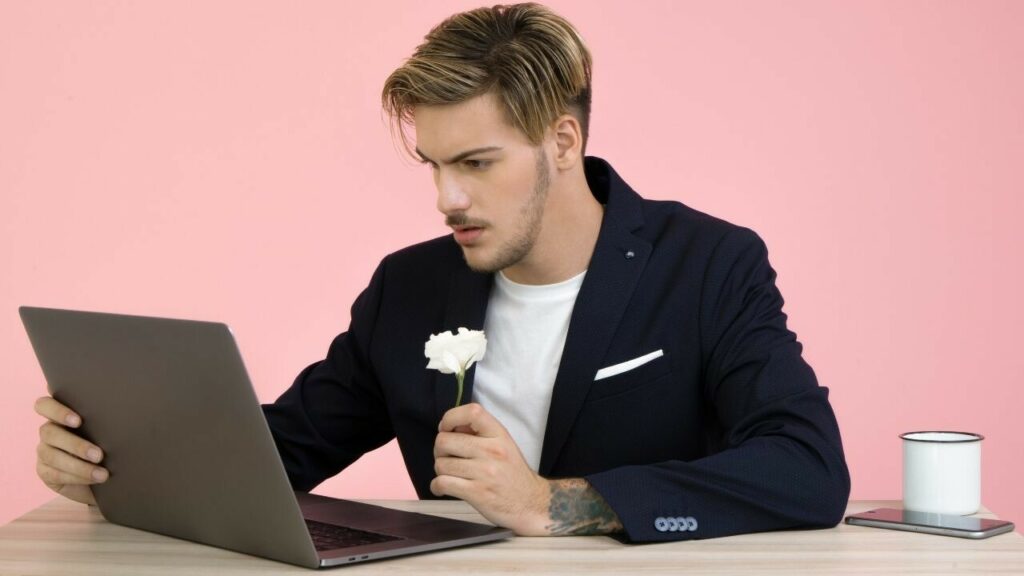 So the second strategy is a riskier and more interesting and daring version of the first strategy.

We have a saying in the world of dating coaches, and that is: “Sometimes some risk equals some reward”. By saying something playfully, it’s gonna create a strong spark at the start of your interactions. In this instance, you want to start by acknowledging the fact that she hasn’t written anything in her profile. Say that phrase again, “Mysterious profile there”. Then you can say: “Does this mean I get to make things up about you?”

This is a teasing way of asking if you have a free licence to make up stuff about her. Additionally, when you use the word YOU, it hooks her in and makes her feel prompted to respond. It’s almost like you’re a reporter and you’re writing a story about them. You’re asking them for a comment and setting the conversation up for a playful exchange. And the thing with online dating messages is, that they can get a little bit boring from time to time.

Set yourself up to have a more playful and creative exchange. Imagine all these hobbies that she might have or things that she does. Immediately, the conversation is going to be different from the other guys she’s speaking to. 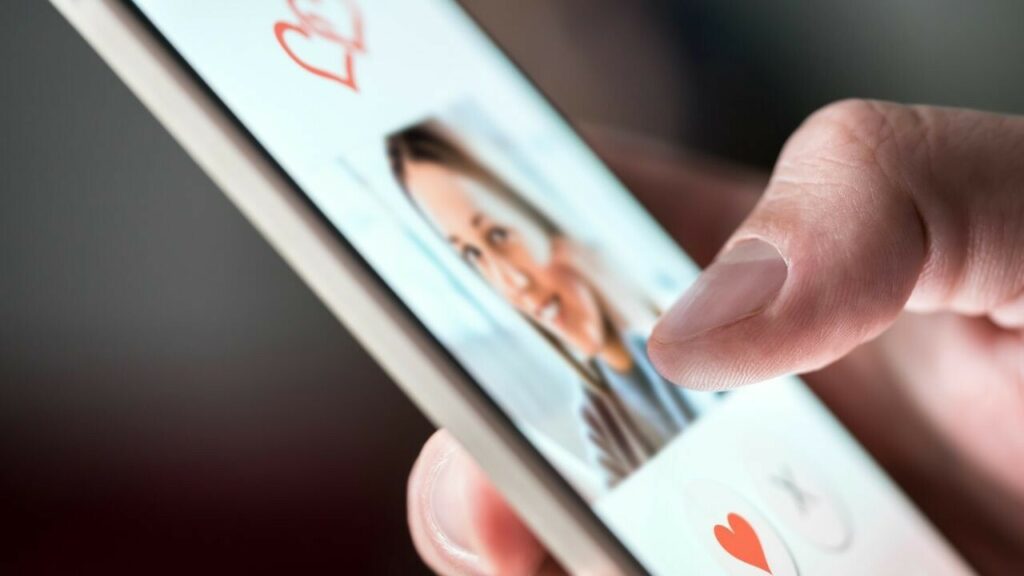 The third strategy is to comment on something from her pictures. Often pictures will tell a lot about somebody’s life. And this is a solid messaging strategy for you to use on your first message. It’s particularly helpful if she hasn’t written a profile. But be careful, though, that you don’t then default to boring.

(read this article on the importance of good online dating photos)

So let’s say you notice there’s a picture of her and she’s clearly on holiday in a destination that you think you might recognise. Instead of going for the boring old, “I see you like travel”, a phrase that is more playful. You could say:

I don’t know if I would play this for the million-dollar question. But if I had to guess, that picture of you on holiday, is taken in Bali?

If you want to make a playful guess about where she is on holiday. So instead of asking where was the picture taken, you could say: “I could be wrong here. But I bet you’re the kind of person who packs EVERYTHING when they go on holiday”.

By assuming how she would interact and how she would lead her life, you are giving a strong prompt for her to reply. She’s gonna want to confirm or deny whether what you’ve guessed is right or wrong. It also shows some creativity and sets you up to have a playful, teasing banter going back and forth.

Bonus option: Final bonus strategy for when her profile has no bio

I could not leave you without giving you a bonus strategy. And this is a controversial one. But you can choose to filter women out who have no bio on their profile. Instead of going down that rabbit hole figuring out what to message to someone with only a good photo, think that you need to connect with women who are as invested in the dating process, and as ready to meet people as you are.

Even if her pictures are nice, if her profile has no bio, or if her responses to you are straight-out lazy, then it could be time for you to move along. The more times you can get interact with women who are equally invested and make an equal amount of effort for you, the more rewarding dating is going to be.

So if in doubt, rule her out! 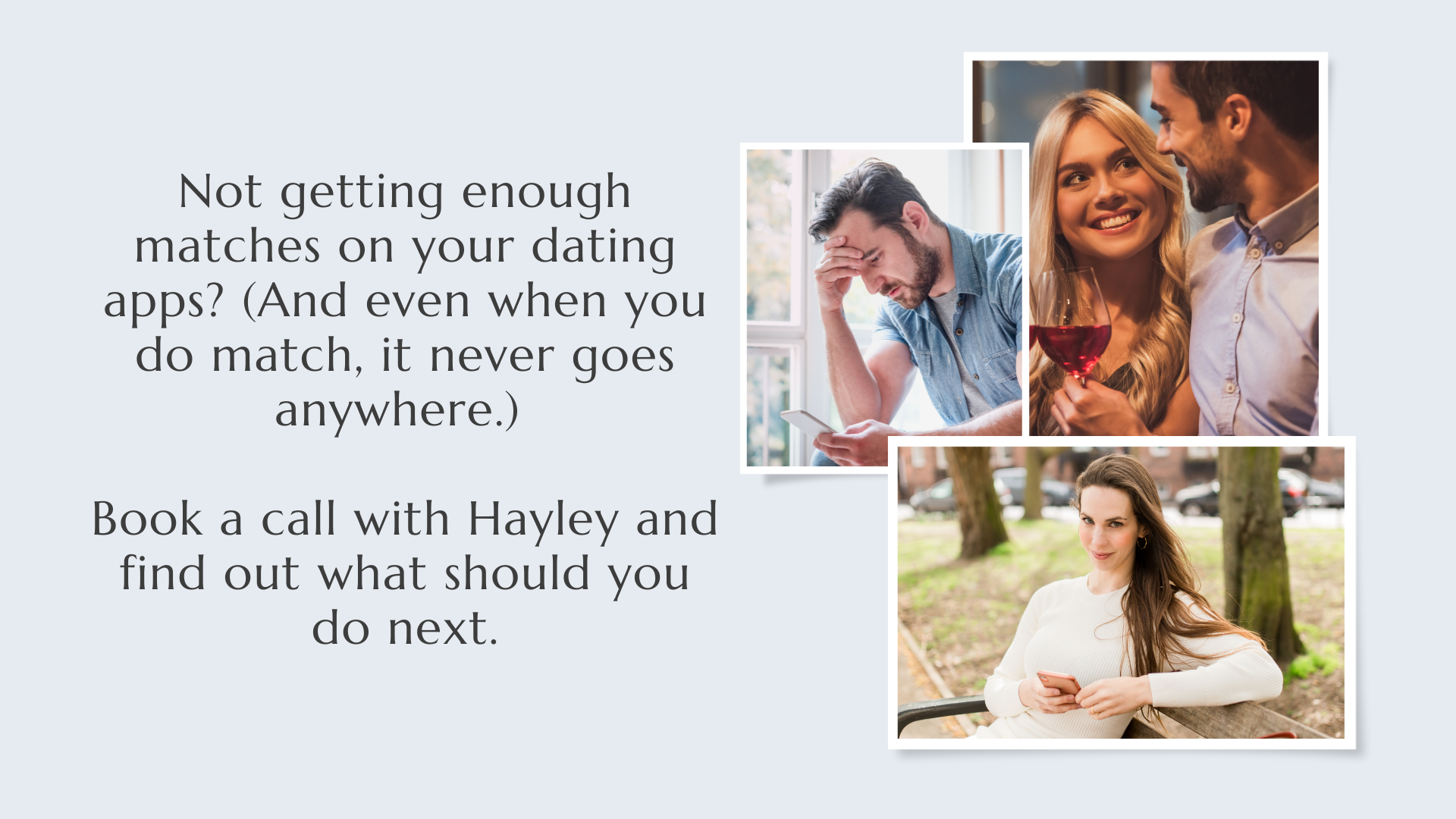 BOOK YOUR CALL WITH HAYLEY NOW