How To Be A Great Storyteller!

Imagine if you had endless topics to talk about

Imagine if you wrote your whole life down into books. You could probably fill a library with all information about yourself. So if you’ve got that information in your back pocket, if you’re a good storyteller, you don’t need to worry about running out of things to talk about.

I’m going to teach you simple seven point structure for telling a story and becoming a great storyteller (you can also watch the video below).

There are different structures for stories and anecdotes- this one is simple and applicable. And it’s something you can learn this afternoon and go out and use on your dates later on.

The first step of telling a great story is a headline. If we wander into the story, and we don’t clearly communicate to the person listening where is this going we are creating a problem.

Let me give you an example. If you said,

So there was a time. Actually, it was probably like a year ago because I remember it was Halloween. I just moved in with my aunt. And anyway, I was driving along. And I remember I was late that day.

It sounds like a big ramble. That other person listening will not feel very invested or intrigued to listen to the end. Because they will not know where the story is going. So instead, you want to give your story a headline by say something like, “This reminds me of the time I got lost in Vegas.”

This way we immediately get to the punchline of the story, and we let the person know where the story is heading. This in return helps them relax by providing a sense of a time frame around the story; and it builds anticipation for what’s going to come.

I call the second step a YOU hook. Now, this is all about allowing the listener to really identify with what’s going on in the story. Again, to avoid a monologue or a ramble you don’t want to keep talking and never checking in with your audience. It’s important that you say phrases such as:

The common thread between all those statements is the use the word YOU. Now YOU is a magical word in the conversation as it grabs someone’s attention. And it helps them to relate to what you’re talking about.

Before we carry on with the story, at the key points within an anecdote, (depending on how long it is), you want audience engagement. Then you can keep relating it them.

The third step is the context. We need it to set the scene. When you’re setting the scene and telling a person where the story was, and what time of year it is, you should use very sensory words. Don’t limited yourself to only using what you can see.

For example is you are talking about autumn you could say how you could smell bonfires in the air. Or hear the really crunchy leaves on the path. Whatever you do, make sure you set the scene by describing sensory details.

It’s better when someone has specific imagery to work with. Whether that’s crunchy leaves, tasty pumpkin pie, the smell of bonfires in the air- it will be a lot more atmospheric than if you say it was the 31st of October. 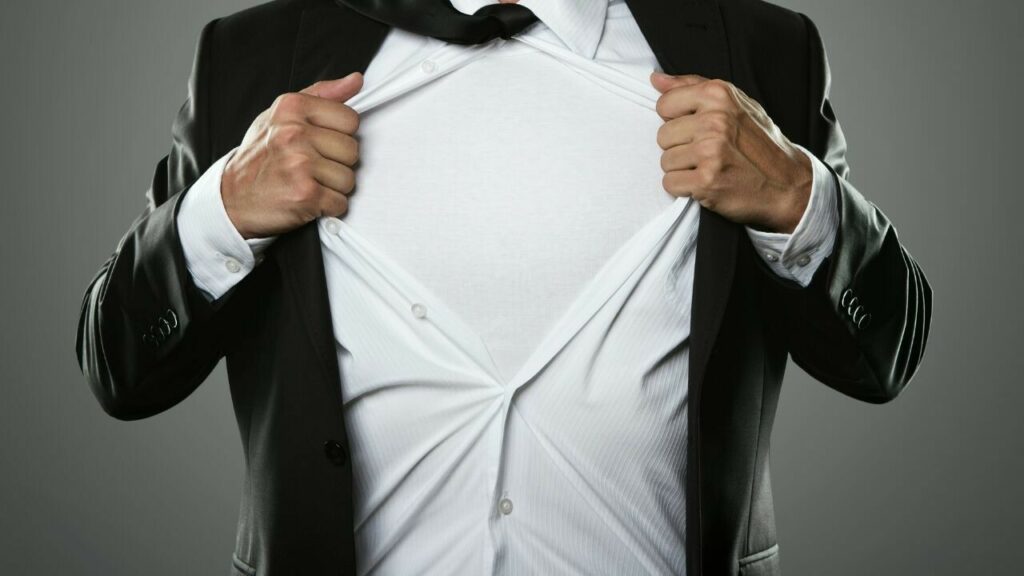 The fourth step is the introduction of the hero of the story, which is probably you. So at this point, you want to give yourself a bit of background story.

You could be describing how you were in a crazy mood, or in the mood to try and do something different. Or perhaps you just had a funny idea that things weren’t going to work out well that day.

So we want to, again, give the listener an indication of how you were and what your state of mind was at the time that things happened.

In the fifth step you want to add some drama into the story. My favourite phrase to use is SUDDENLY.

It introduces an element of daring and danger: we’ve reached the dramatic point of the story. This is going to grab people’s attention and help highlight that this is the bit you introduced in the headline. You wills show them that you are still talking about the same thing. 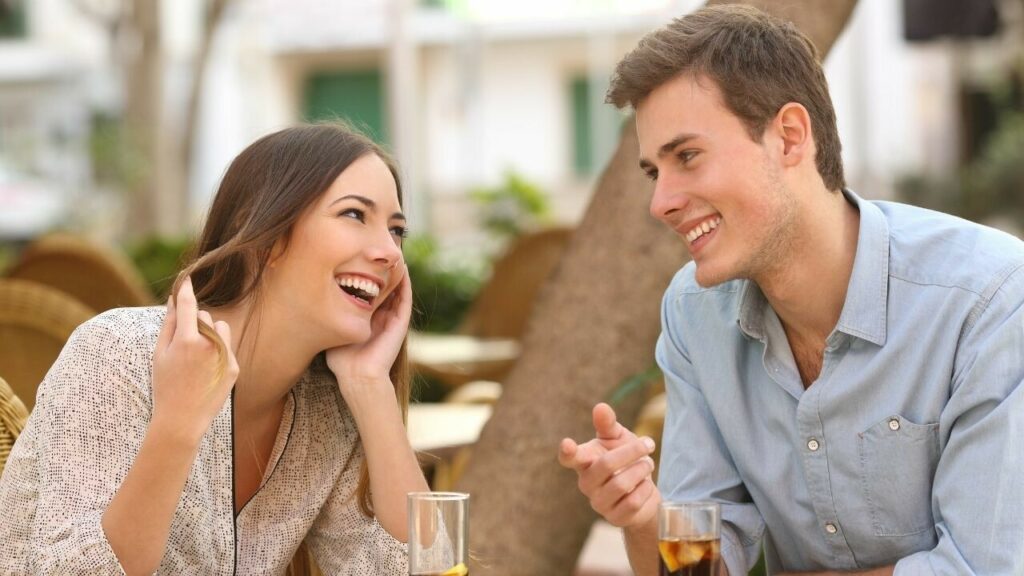 The sixth step to telling the story is resolving it. So whether it’s a snow plough turned up. Or you found yourself back in your bedroom fully clothed. Or your wallet was not stolen, whatever the end of the story is, we want to tie it up and perhaps use word LUCKILY.

There has to be a positive resolution to the drama that unfolded in the step before.

7. Moral of the story

You might want to add a moral to your story. This is where you give a meaning to everything that’s happened and show how it changed your perception, or something about you as person.

When communicating to our potential dates what we’re about, this is a very strong way of implying who we are. And implying something about yourself is always better than stating it.

So the moral could be:

And that’s the last time I decided that I was going to go totally wild and crazy. From then onwards, I’ve been so much better prepared.

Think about what meaning you want to give to a story. Want do you want the story to tell the person you’re sharing it with about who you are as a person?

Stories can be an amazing way to fill conversation. They’re also a powerful tool to share something about yourself in a way that slips under the radar, and really sticks with a person. 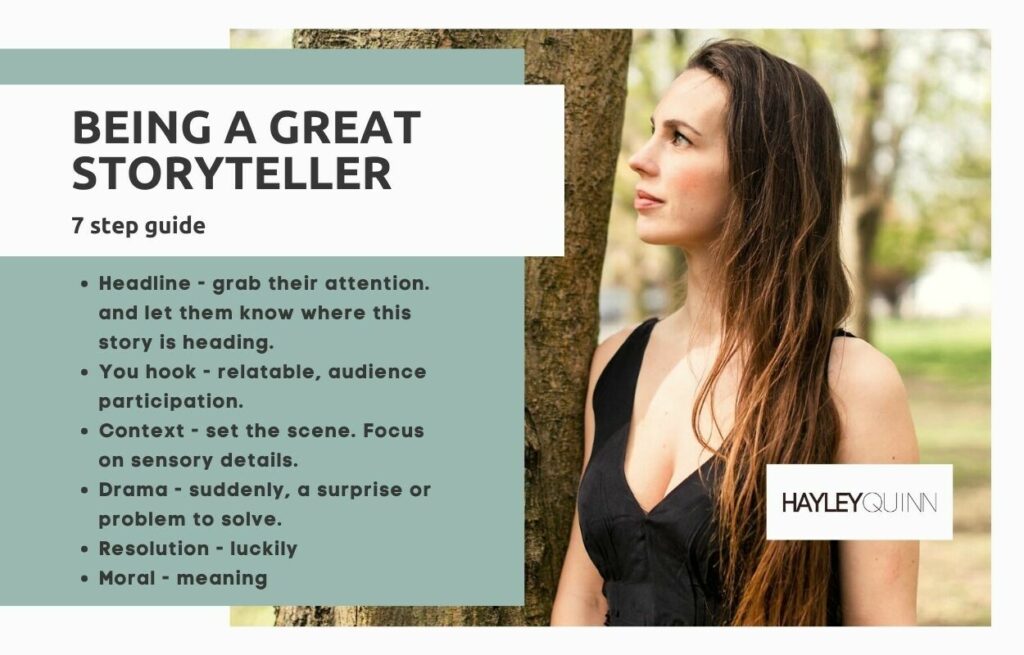