5 Hacks To Have Limitless Conversations With Her

Today I’m going to teach you 5 simple conversation hacks that make talking to women, so much easier! I don’t want you to experience the stress of running out of things to say, and feeling that your dates are failing because they get awkward. So here’s the key to limitless conversations…

Being a great conversationalist is NOT about learning how to parrot out a bunch of phrases you learned on YouTube (if you intend to have multiple conversations with her, this won’t get very far!).

Finding it easy to talk to her is about bringing out your inner conversationalist, and though it might not feel like it today, you absolutely have it in you to succeed!

The mistake most men make when they’re talking to women is that they don’t take enough risks in the conversation.

You may play it safe because you don’t want to risk saying the wrong thing, and in doing so make your conversations with her too vanilla. (Also do you notice how with this mindset you’re begging her not to reject you? She’s become judge, jury and executioner!). I’ve heard a lot of my coaching clients talking about dates this way.

Instead I want you to lose your inhibitions in conversations, and learn my 5 hacks to make it much easier for you to talk to her. Remember dates should be fun, liberating and a way you can explore whether she’s right for you too.

It starts with a change in mindset: if you keep trying to say the ‘right’ thing to please her, your conversations are never going to be as exciting as another man who is less afraid to take a risk. Instead of seeing dates as her interviewing you, flip this around, and make it like you’re auditioning her for a part in your awesome life. 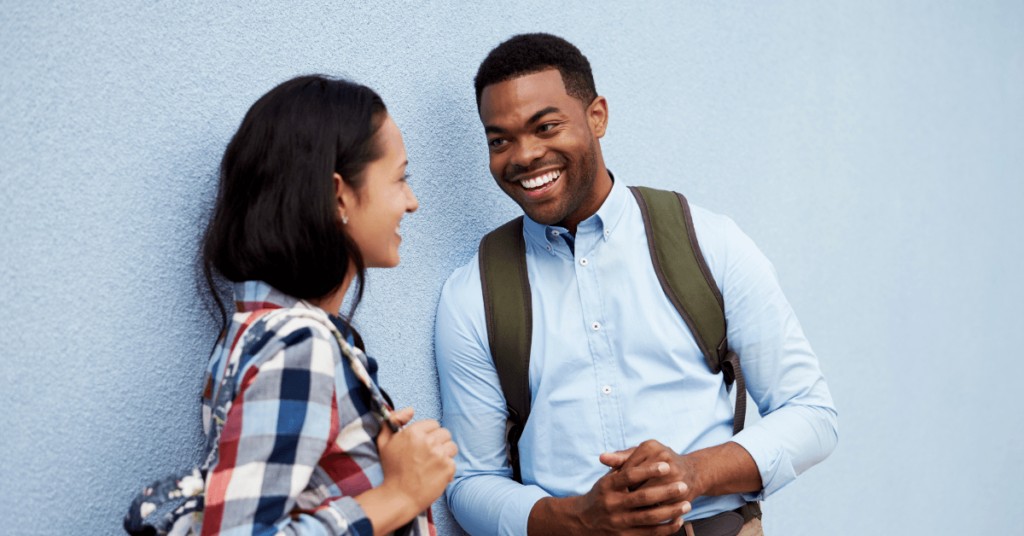 1. Talk to her about things you love to talk about.

Everyone becomes more attractive when they talk about things they are passionate about. When you’re really knowledgeable and enthusiastic about what you’re talking about your non verbal gestures will get better. You will also find it easier to extend the conversation as you’re on your home territory.

Early on in a conversation try to transition to a topic you love to talk about for instance if you’re into reading:

Her: “I’ve been pretty bored during lockdown tbh!”

You: “That’s surprising – I thought you’d be the kind of person who’d get lost in a book”

2. What could you learn about her that would make you more attracted to her?

The start point for this conversation skill is that you’re no longer looking to impress any and every woman, instead you’re actually thinking about which women you’d like to attract. So before you start this conversation hack, spend a few minutes working out what qualities / interests she could have that would make you like her more. Then use this knowledge to ask questions about her.

(Pick up artists would call this ‘qualification’ where she has to qualify herself to receive your interest. However, I don’t want this to be a parlour trick for you, I want you to do this for real, because you have standards around which women you want to date.)

You: “Great that you’re into yoga, but could I arm twist you into trying rock climbing instead?”

You: “So do you have a dark sense of humour? If not, I’ll skip sending you the next message!” 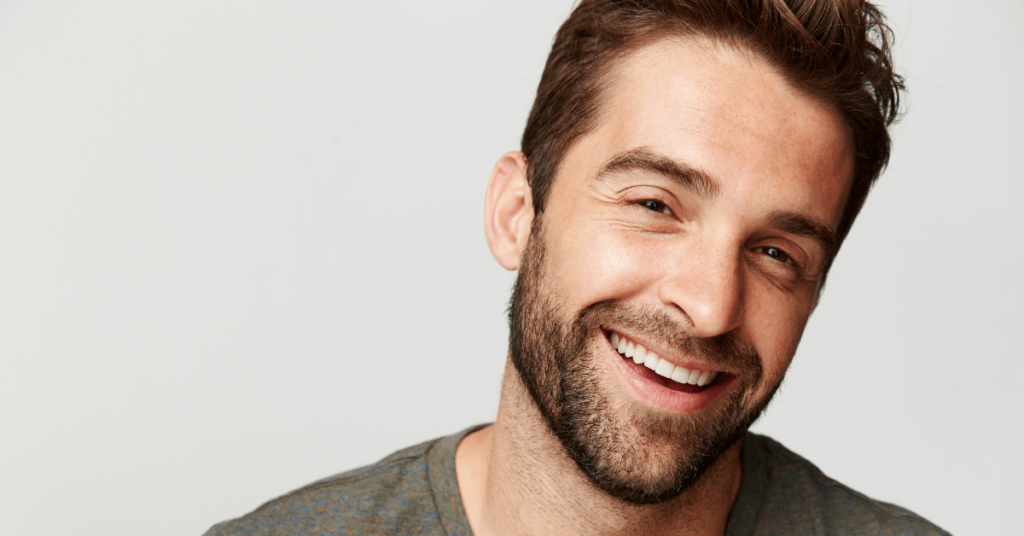 If you agree with everything she says your date will lack spark. Expressing your own opinions is a great way to show that you have enough self esteem to value who you are beyond impressing her.

Being too agreeable with her, especially before she’s really invested in the interaction, will make her feel like you’d do anything to make her like you. Your interest in her will not feel sincere. Of course we don’t want the pendulum to swing too far in the opposite direction and for you to disagree with everything for the sake of it (this would also come across as try hard). Instead get used to sharing your opinion in a way that is positive and demonstrates self worth.

You: “Okay so what you really need to try is…”

You: “I can see I’ve got some work to do here to convince you that Mandelorian is such a good show…”

4. Tell anecdotes about your life.

If you can talk about your life you will never run out of conversation.

Imagine if all your memories so far were written down: you’d have a library full of content. So it’s not that you don’t have anything to say, you just dismiss what you have to offer as not relevant to her. However, you’d be forgetting that to be attractive to her you have to be interesting as well as just interested. So it might be time to polish up an anecdote or two, and start to believe that if she’s open to connecting she will be interested in hearing what you have to say.

Anecdotes are also great ways to jump start a conversation if you hit a pause in the natural flow of the conversation:

You: “So I probably shouldn’t tell you this on a first date, but whatever, I’m going to tell you anyway.”

5. Really listen to her! 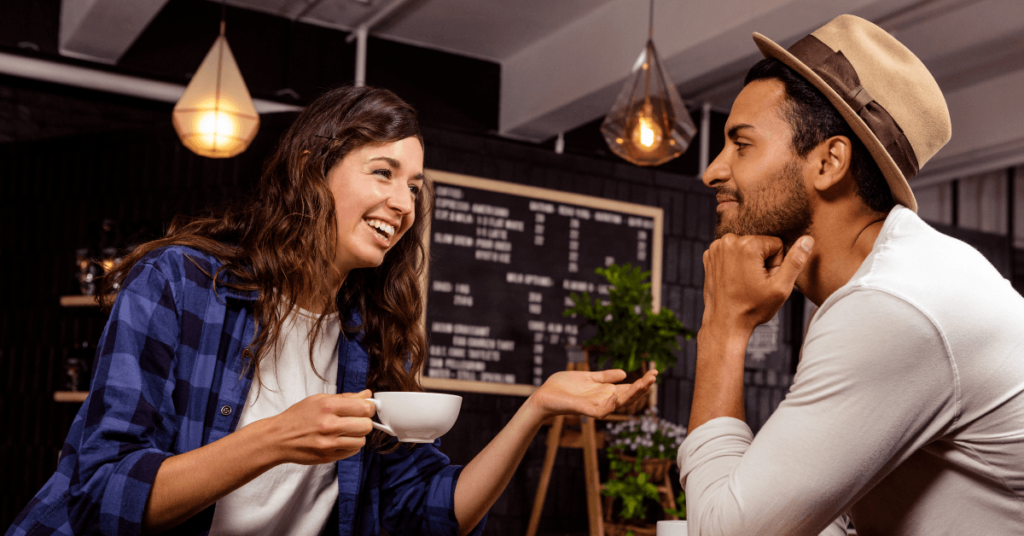 You don’t actually need to mystically divine what subjects she’s interested in talking about. What you do need to do, is really actively listen. A lot of men get so stuck in their heads worrying about what comes next in the conversation, that they miss really obvious conversational cues e.g.

Her: “Yeah I’ve been really getting into yoga lately…”

You: “So what are you up to this weekend?”

Instead you need to really listen. Not just to her words, but also her tone of voice. This will indicate to you what subjects she’s excited about, and which ones she’s not as into. And if you get really good at listening you’ll also be able to hear not just the words she speaks but the implied meaning of them too. But that’s a subject for another time!

I hope this helped you out 🙂