How To Really Listen To Her

Secret For Great Conversations with Women

If you know how to effectively listen, this will make all the difference in how easy you find conversations, and how well you connect with her. I know it doesn’t sound sexy, but listening can be a secret to being an amazing conversationalist. Today I want to teach you three different levels of listening, and how you can show that you connect to her.

If you’ve ever wondered what topics to talk to women about and keep the conversation going- listening effectively is the solution. Many guys get stuck in their own head when they are interacting with a woman. This can happen on the first date, or when they’re messaging a woman online. Instead of being present and actually enjoying the dating experience, they feel so much pressure to get things right. The result? Constant overanalyses of every word that they say. Not creating a fun vibe with her, and her losing interest.

Learn more about conversation hacks by reading this blog: 5 Hacks To Have Limitless Conversations With Her

The three levels of listening

When it comes to talking to women, you don’t want get stuck on this idea of how you think you should act, whether that is super confident, or teasing. If you’re too focused on your own performance, you’re not reading woman’s cues effectively and taking the lead of the conversation from there. So effective listening isn’t about being a sycophant- it’s not about being passive.

Level one is responding to the information that comes up in the conversation. There’s actually a lot of people out there who don’t do this. A classic example is if you find that you’re running out of topics of conversation very quickly. The conversation might go something like this:

You: What did you study at school?

Her: I studied English.

You: So where did you go to school?

Her: Oh, I went school in London.

A good rule of thumb is that you shouldn’t ask two questions in a row. Most of the time a much better format for the conversation is to do question – answer – statement. That means when you ask a question ‘what did you study?’ and she gives her answer ‘English’, you make a statement about it.

You: What did you study?

Her: I studied English.

You: Oh, wow, I studied engineering. I can’t think of a worse subject than being surrounded by books.

Another quick example of this is if you ask a woman a question on a dating app, and she responds then you immediately you ask for her number. Always acknowledge the response before you ask for the number. If you bypassed the information that she’s offered to you it’s gonna scream neediness. To her it will mean that you do not care what her response is and you just want to get to that end goal. So instead, you want to show that you’re being perceptive of the topics that she’s offering into the conversation. 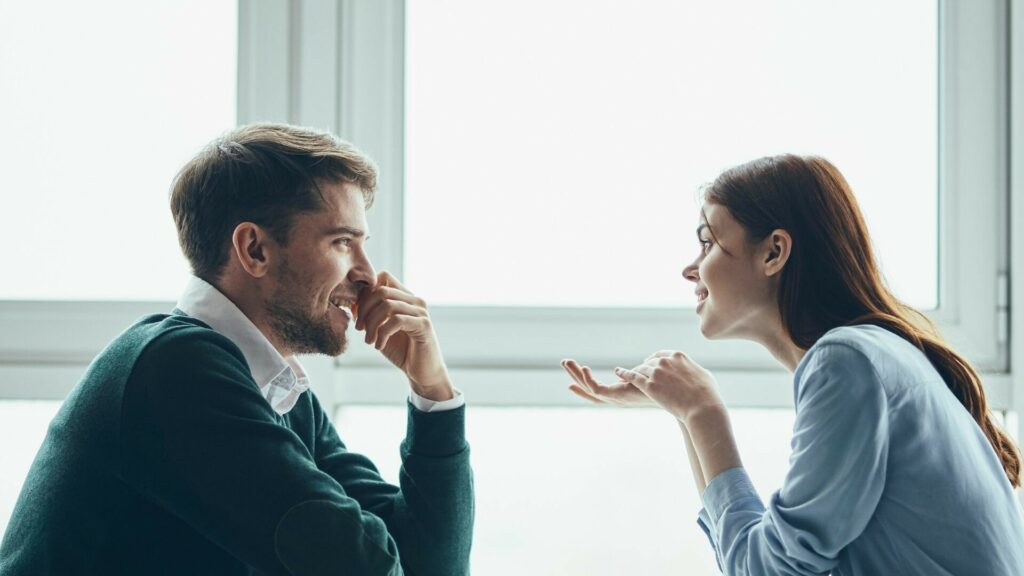 The second level of listening is all about listening to the emotional content of what she’s saying, not just the logical words. You’ll find a lot of the time in dating, there can be a mismatch between what she’s saying and the tone in which she’s saying it. The classic example is when a woman says “I’m fine”, which means she’s definitely not fine, and you should talk this through.

Often (and this isn’t limited to women), people will say something with words, but indicate something different with the tone of voice. It’s important that you listen to the emotional content of what she’s saying.

So to give another example:

You: What do you do for work?

Her: I’m an accountant.

Now, you can see she’s scrunched up, she’s reticent to say it. Her voice sounds a bit down when she’s talking about that. These are all emotional cues of this not being her favourite subject. In this case you might reconsider asking, ‘Where did you train to do that’, or ‘Where’s your accountancy firm’. Do not keep going down that logical direction. Instead listen to the emotion she’s expressed that with, and use that to redirect the conversational flow.

You: What do you do for work?

Her: I’m an accountant.

You: Ah, yeah, I’m not saying I’m terrible at numbers. But I’m guessing there’s something else you’re really passionate about.

This is an example of how by listening to the emotional content of the words she’s saying you will know whether your conversation is going in a good direction or not. Conversation is a little bit like driving a car, sometimes you can veer a bit towards the ditch. But if you notice the signs and recover in time, everything is fine. Try to tune up your ability to listen to the emotional content in her words. Doing this is going to make sure that the direction of your conversation is much better.

Listening ‘Jedi style’ is when you manage to combine levels one and two and create an implied meaning to what she’s saying. A lot of the time people don’t express themselves directly. As much as direct communication is great, it’s not always the most easy way to communicate. Plus, it’s not always the best for each scenario.

Let me give you a couple of easy examples so you can understand what I mean by that the third level of listening, which is to look for implied meaning. For instance, if a woman you asked out is always busy, or has a lot of work on over the next few months, she’s trying to tell you in a nice way, ‘Sorry, buddy, but I’m not interested in taking this any further‘. She’s choosing an indirect way of expressing that because she doesn’t want to hurt your feelings. There’s also ways that implied meanings can be very good in a conversation.

So if you say ‘I actually haven’t told anyone that in a long time’, the implied meaning there is you are special, or you stand out to me. Sometimes implied meanings are super, super powerful. And it’s almost like, if you told her straight up, you’re special to me, she might be unsure. If you imply it, and she gets the meaning from what you’ve said, it becomes so much more impactful. So learning this other way of communicating is as valuable as learning how to directly express something. 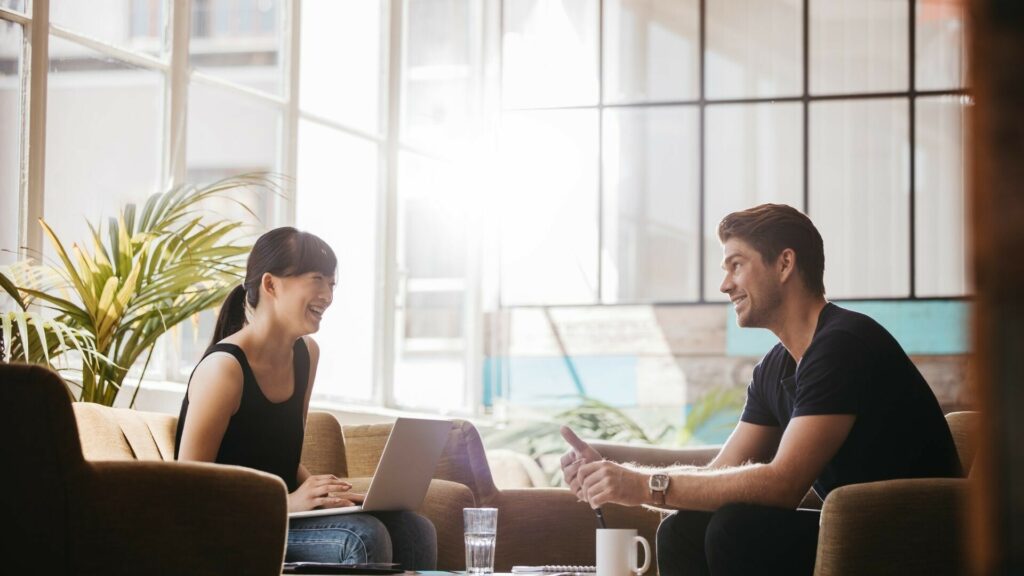 Really listen to her

Why should you develop your ability to listen to her across all those three different levels of listening? If you know how to listen to  the words she saying, the emotion she’s expressing them with and the implied meaning of what she says this is going to revolutionise your conversations. You’re not going to run out of conversations again. You’re going to be more present, more perceptive and have much more attractive conversations with her.