Top 9 Relationship Red Flags & When To IGNORE Them

Are you worried about missing relationship red flags?

If you’ve been hurt in the past (who hasn’t?) then you might be be approaching your future dates with caution. You never want to get hurt in that way again, and you certainly don’t want to waste your time. That’s why today I’m sharing with you my top 9 relationship red flags, plus one massive red flag hack that you may not have thought of… and this is going to shift your perspective on what you really need to look out for in a partner.

So first of all, what is a red flag? A red flag is a sign that someone might not be fully invested in building a relationship with you. They’re not committed, or they don’t respect you as a person.

Why are red flags so important to us?

We all had times in our lives, where we reflected on a relationship and realise we should have gotten out much sooner. It’s easy to overlook obvious warning signs that this is not a person that you should be with. If you’ve got those battle scars, you might became vigilante and protecting your boundaries. You don’t want to go down that road again. You don’t want to waste time but heal.

Number one: Relationship moves too quickly.

If a relationship moves too quickly, the classic signs of that will be you meet someone and suddenly, they want to see you tomorrow. And the day after. And the day after that they’re suggesting moving in together, they’re talking about holidays… The relationship feels like it’s going by at lightning pace. I am not saying this cannot feel very romantic. Let’s be honest, it fulfils our desire to be wanted. Because this new exciting person in your life wants to spend every moment with you.

But behind that exterior, often is a person who wants to get you to a place where they feel secure that you like them. Not to mention, they are not exhibiting a healthy respect for your boundaries by assuming that they can hang out with you all the time. They are making a huge mistake by not allowing trust to build organically.

Whilst we all might want to be swept off our feet, you need to be cautious of feet sweeping behaviours.

The second obvious red flag is someone who after several months of dating, doesn’t want to put a label on it. Some people feel more comfortable labelling the relationship than others.

However, if you’re trying to have the ‘what are we’ conversation two or three months in, and you’re getting very slippery answers you might want to rethink this relationship.

The slippery answers I refer to are (but not limited to):

If someone is unwilling to define what you have as a relationship, or refer to you as their girlfriend, they could be creating a loophole. This loophole allows them to act as if they were single. Now, don’t get me wrong. As a dating coach, I know that not everybody needs to be in a committed relationship all the time. But if you do want to be in a committed relationship, it’s important you communicate that; and, of course, look out for people who are on the same wavelength as you.

So if someone is trying to build a bit of flexibility around who you are to them, be cautious that they may not want the same kind of relationship as you do.

Notice someone’s behaviour even if you’re not having the conversation about what you are. Are they all over you trying to see you all the time one week and then disappear off the radar the next? Do they push the relationship forward then start acting flaking, cancelling dates?

If so, don’t question what’s changed? Start to see this pattern of inconsistent behaviour as one of the ways people signal us they are not ready for the same kind of relationship as we are. 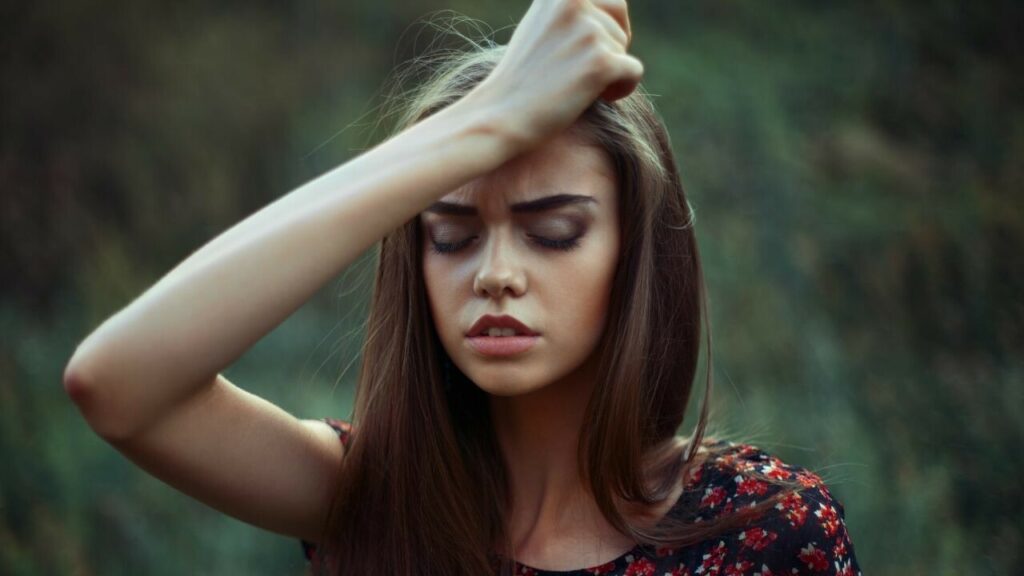 Have you ever worried why you’ve never met any of their family or their friends? Why’ve they been secretive about where they live?

If you’re not getting candidness and openness, if you’re not getting invited into someone’s life, it doesn’t mean that they’ve got 16 other girlfriends. But it could mean that they like to keep their life very compartmentalised. It might be a sign that you operate in one little space of their life, and they’re not willing and ready to share their whole life with somebody yet.

How people talk about their exes is telling to how they react in relationships. If we look at our past relationships, the common denominator is ourselves.

If the person you’re dating has endless stories about how they made lucky escapes from crazy people, second guess them. Ask yourself if this person is bad at choosing who they spend their life with. Or they’re not taking responsibility for the breakdown of their relationships.

Now, a lot of people might be conflict adverse or not react to conflict in the same way that you do. But, there’s a difference between taking a day to cool down and clear your head, and actively punishing someone by withdrawing all contact.

Needless to say, in all relationships there’s going to be a few disagreements along the way. What you need to get isn’t a perfect test score confirming everything is right, and you have 100% of things in common. When you find that you have those disagreements, the person you’re with should be willing to communicate. They should continue to turn up to the table and work through things with you.

Be very cautious of someone who withdraws and gives you stone wall treatment for a long period of time. 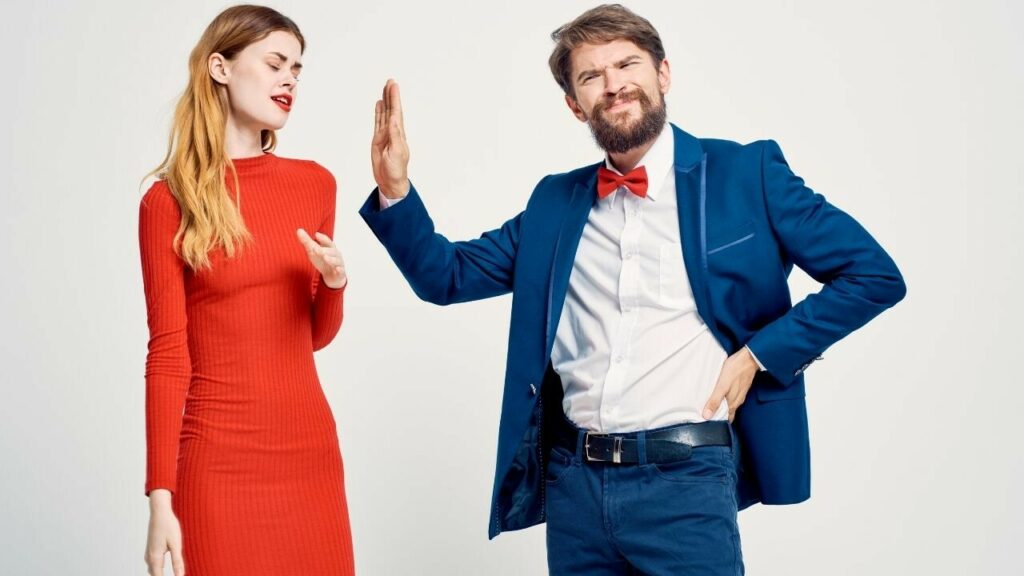 Look out for people who aren’t accountable about their decisions. You can recognise this relationship red flag in the following scenario.

Say you’ve been dating someone for a few months. The relationship has become intimate, and they text you every day. And you find out they’re seeing other people too. Again, there’s nothing wrong with seeing multiple people, but transparency and openness are a great quality to have around that. So if you get hit with an excuse that you never had the discussion about what you are- that is not cool. That is them not being accountable.

Just because you never sat down and had a conversation, doesn’t mean that you can’t have any responsibility towards someone. Especially if you’ve been intimate with them. So don’t tolerate someone who holds their hands up and says you’ve never chatted about it. That’s not good enough. That’s an excuse and a red flag.

Say that they’ve suggested coming back to your house, but you’ve refused. And yet they keep pushing for that outcome.

If they turn up unannounced this could be construed as romantic, right?

Romantic? I’m not sure. Failing to respect your boundaries? Definitely.

Always be conscious and look for people who have a healthy respect for your boundaries. Don’t ignore what you’ve stated to them as a boundary for the benefit of getting more time or getting closer to them.

Number nine: Sorry seems to be the hardest word.

It’s so important when we have disagreements in relationships to accept there are two sides to every story. That there are apologies that need to be made.

Another huge relationship red flag is when someone says you’re being needy. Or they say you are asking too much, and putting pressure on them. Be wary of people who turn the blame around to you without accepting their share of responsibility in co-creating that situation. 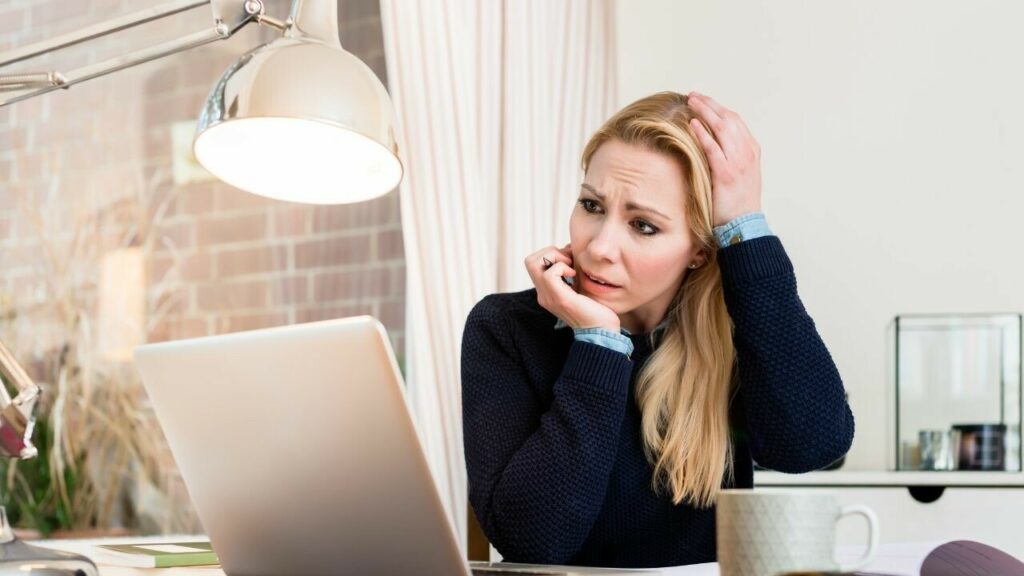 Looking out for relationship red flags can feel bewildering, and there’s millions of dating advice videos out there giving you lists of red flags. There’s enough blogs for you to read on red flags for days. But when it comes to looking for red flags in relationship, there’s one important hack you need to know.

If you are starting to form a relationships with someone, but before you even get to know them, you’re googling for the warning signs. This is actually a red flag to yourself. It shows you that you’re going into your relationships with an expectation of being let you down. Assuming that they’re going to cross your boundaries, and  treat you badly.

If you’ve had a bad relationship in the past, of course, it’s important to learn from them. It’s also important for your dating success to cultivate a positive mindset around dating. Trust there are many healthy, positive available people who are amazing and ready to meet you.

If you don’t quite believe that at the moment, not reading that blog on red flags and instead creating a positive affirmation for yourself around your expectations for dating can be helpful. Choose an affirmation that feels true to yourself. You could say,

I believe I’m better place now than ever before to choose the right people for me.

There’s lots of great people out there. Instead of focusing too much on a deep analysis of red flags, try to go into your relationships with openminded. Ultimately this will allow you to have the incredible relationships that will help you heal from the difficult ones in the past.

Talk to Hayley today about your dating journey!