Be The Sun Not The Wind: Getting Him To Say Yes

How can you get him to say yes?

Ok. He doesn’t want to move in together. He feels uncomfortable calling you his ‘girlfriend’. You want him to acknowledge your needs and wants. So is getting him to say yes impossible?

There are often some key milestones in building your relationship that you want to get to quicker than he does. You want the security of knowing where you stand, you don’t want to waste time, and yet he seems to be dragging his heels. Now I know reading this you may think, ‘Well if he’s going to have commitment issues I’m out of there!’

Whilst you should always respect your own boundaries, and not stick around guys who clearly are not able to give you what you want, sometimes life isn’t that simple.  Many a good relationship has been formed when the 2 people participating in it wanted to reach the same end destination – just on slightly different timelines!

I also know that whilst you may want to get your relationship into a more committed place, that pushing for an outcome is no fun.  It’s a great way to make you feel like your partner doesn’t care that much about you. I have also learned that pushing doesn’t work.

Whilst in principle the idea that we always have open, direct conversations about what we want with our partner is a noble one: I’m unconvinced that it always works in reality. I’d go one step further and suggest that it is often better to talk to men in a way that is circuitous rather than direct.

As my grandmother would say, ‘you have to go in the back door with men to get them to do what you want…’*

*I’m pretty sure she didn’t realise just how rude that sounded!

It is also important that the day to day quality of your relationship is good and doesn’t devolve into a tug of war over when you reach a particular milestone.  So this is where the analogy of the sun and the wind comes in, you may well have heard this story before.

The sun and the wind decided to have a competition to see who could make a man remove his coat. The wind blew and blew, but the harder it pushed on the man, the closer he pulled his coat towards him. Then the sun came out. The sun made the day balmy and warm until the man quite naturally slid the coat off his shoulders.

The analogy here is that it is often better to create the right circumstances to encourage someone to do what we want – rather than force them. 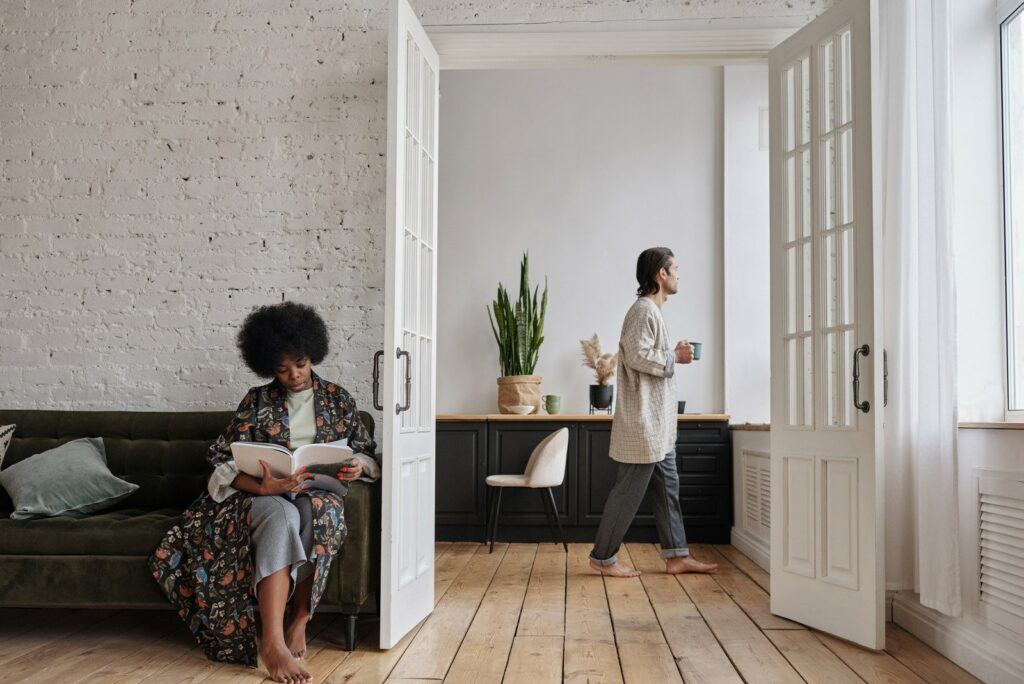 So how would this work in the example that you want to move in, and he’s not ready yet?

How could you create the right environment where he’s likely to decide by himself that you guys living together are a good idea?

All of these steps indirectly communicate that you’re independent, happy and not reliant on him. They also rely on him stepping forwards to take that next step in order to see you every day in a way that’s convenient to him. It doesn’t guarantee he’ll change his mind: but I think it gives you a better, and more peaceful road, to communicate the same message.

Getting him to say yes is not that hard, all you need to do is communicate!