London’s Dating Economy is a scene like no other. Working full time as a dating coach I should know. I spend my days helping others to meet people and make it my business to understand the mechanics of what happens when you have a high density of singletons in one city.

Believe me, I’ve kissed (and thought I was destined to be together with) A LOT of frogs. So men and women of London, to save you the frustration, here are my top three pitfalls to watch out for whilst being on the dating market in London.

The general non-committal nature of the dating scene in London has to lead to the sudden need for multiple back-up plans. Trouble is, whilst men (oh so predictably) umm and ahh about commitment, tiptoe around the subject and go AWOL at the sight of anything long term; women are hedging their bets.

A lot of men don’t fit this stereotype of being commitment-phobic however the modern dating environment in London creates the impression that they all are. Of course, at the same time, not all women ‘rotationally date’ however many will feel burned by having too much focus on one man too soon.

But, understandably women have evolved a response to keep them from over-investing in one guy. Instead of chasing one guy, they’ll cycle through several. Upsides being that if one drops the ball, there’s always someone to catch it.

It also sort of prevents you scaring off the front runner by the behaviour men tend to term as ‘needy’, like you know, expecting a reply to your texts. If this sounds like a perfect plan though it isn’t; it’s just delaying the time until someone breaks ahead of the pack. And inevitably one guy always does.

Pitfall Two: Men have realised there is an abundance of women

This is not surprising at all. In a city of 8 million people, it is safe to guess there is at least a couple of millions of singletons out there dating and trying to meet someone.

It is entirely possible to go on three dates a day (I’ve done it, and I’m sure I’m not alone) and yet go on a date number 4 the next day with a completely different person.

If you thought your average guy was relatively afraid of commitment, imagine what they’re like in a city with a million of well-heeled, smart, single ladies around them. So, from my A-level economics I can say that when there is an overwhelming amount of supply, the price falls.

Why would a guy ‘settle’ if he’s constantly offered the chance to meet someone new? To be fair to the guys out there, I get it, it just doesn’t make good economical sense to commit. The abundance in London dating will always make you feel like you could have sold yourself short. 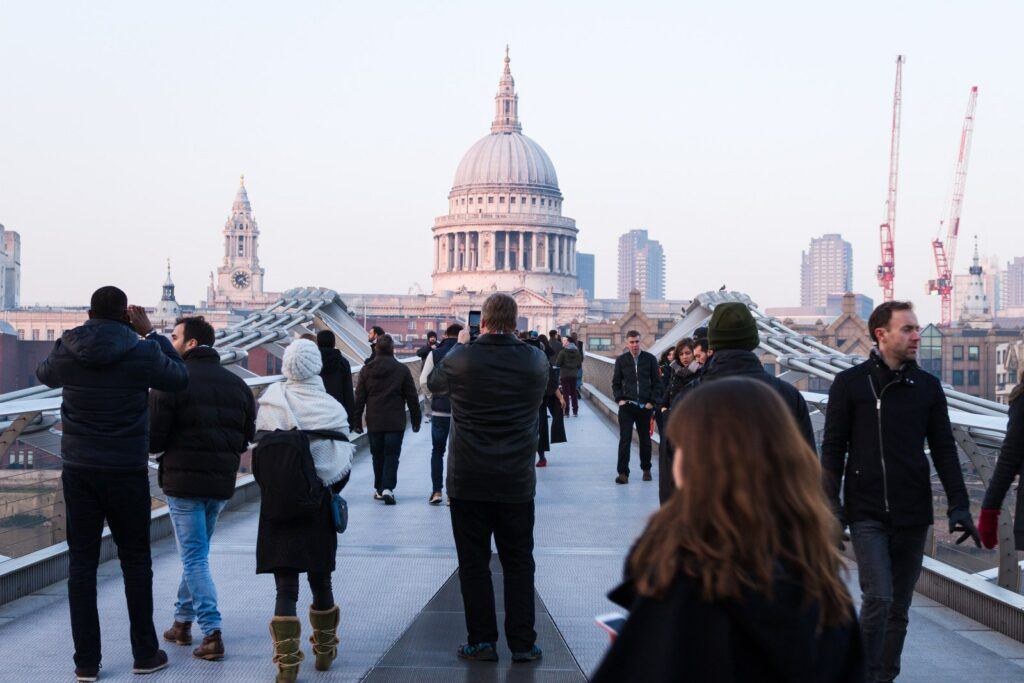 Just when you thought it was just the girls out there that had it tough, it’s time to acknowledge that as a woman it’s a lot easier to get to date one (though a lot tougher to get to anniversary one). On a dating website, the average woman can easily get asked out.

Men, on the other hand, have to spend a lot of well-crafted ice breaker messages out there before they get a response. Though guys know there’s a lot of gorgeous girls out there, trying to get on a date with one that doesn’t cancel, ditch or turn up late is a struggle.

Even in the bars and clubs, it’s a bit of a feeding frenzy for men approaching women- and not the other way round. Guys have to do a lot of leg work to get to dates one, two and three. If they make it to date three, in quick succession, though it generally means the girl is hooked, and the guy is speeding up through her rankings. Then suddenly we’re back to the economics of points one and two.

So what equation leads to happily ever after in London’s Dating Economy?

Well, I’d say dating in London is a numbers game and a lot about good timing. Trying to get a guy or a girl to commit if it’s not the right time for them is a high stakes game.

Ignore the supply of other people on the market,  take each day as it comes, and know that your USP can be knowing you heap cooler than the competition…

Whether you’re a man or a woman, you need to know how to make yourself a ‘unique proposition’ so that people want to date you. Set a date to talk to Hayley personally about how to get the lifestyle excellence and dating confidence you want today or email us to learn more!