Who Has Dating Harder – Men Or Women?

Why is dating so hard for guys? Or is it?

I know this sounds strange but sometimes as a dating coach you read an email from someone and you’re like ‘ohhh I can see what’s going on here…’. And I can tell you now one of the easy indicators of a bad mindset around dating is when someone believes that they have it hard, and everyone else has it easy. So I wanted to write this blog to show that there are at least 2 sides to every story…

One of the things I’m most passionate about is trying to create better levels of understanding between men and women. And challenge the idea that anyone has dating ‘easy’.

On one hand men might think that women get to pick and choose which guys they date. Whilst a lot of women will think ‘…err I actually haven’t met one guy this year that I like and who’s interested in me.’

Likewise women might assume that men are having the time of their lives on dating apps. The truth is most men get a mere 10-20% response rate. (I even have it on good authority that the real high performers of the online dating world only get 40% matches at best).

(Side note: if you do feel like everyone else has it easy, you not so much, I do understand. I remember a terrible time in my life, which I mentioned in my TED talk. For the months, years, following that, I was not in a happy place. I was swallowed up by the unfairness of life. When that darkness hung over me if someone had told me it was my mindset that was off I would have thumped them. So I understand, but I would be failing as a coach if I didn’t try to share what I am continuing to learn about this.)

Some would call it a burden, others might call it freedom. Making the first move is a part of dating that has fallen to men. Many men are not delighted by this. They are feeling like they have to summon up the courage to make the first move, and face rejection. All whilst their female counterparts are #blessed with the ‘picking and choosing’ role.

Now, I have thought about this. For me, success at dating and pretty much anything in life, comes down in part to the ability to take full responsibility for it. Being unable to make the first move because it’s termed ‘the man’s job’ or you don’t want to ‘scare a guy off’ is more restrictive. It is a lynchpin behind why a lot of women feel like they’re not meeting any men.

Still in dating women are often thought of as having more choice. But, even if a woman could go into a bar and ‘pull’ this is a freedom that in reality, she is unlikely to exercise. This is because of a. there could be a safety issue b. there could be no attraction to anyone c. there could be scrutiny from other people for her behaviour. ‘Slut-Shaming’ IMO doesn’t help anyone. This is where a woman faces a negative social penalty for expressing her sexuality.

So anyone – next time you think about calling a woman ‘easy’ can we remember that someone’s worth isn’t derived by how much they restrict access to themselves.

For some guys out there, of course, that idea of choice sounds great. For men, often it isn’t a case of being shamed for expressing sexuality. It’s the loneliness that comes from not being able to express it full stop. Years of no human touch and physical contact is a living reality for many men. As is sending out hundreds of online dating messages with no response. Whilst a woman might open her inbox to 100 messages and think, ‘I’m overwhelmed. I don’t know where to start figuring out who might be a good match for me, and who is messaging me because I’m female.’

A fantastic way to ruin a compliment is to add this qualifier, ‘you look great for your age’. Women get the rough end of the deal with ageist remarks in the dating space – and most spaces. I even once had some charming guy at one of my seminars many years ago asking, ‘So what are you going to do when you’re over 30 and your sexual market value drops?’.

As in – women stop to be relevant or exist beyond a certain age. Now whilst I cracked my knuckles and thought, ‘you ain’t seen nothing yet…’. There have been other times where I remember panicking ‘time is running out…’. In short, women are often straight out bullied by society for daring to age or not fit a body ideal. This is changing.

Yet, it would be wrong to think that body-shaming is a woman-thing. It is guys that get unapologetic, ‘6ft and only’ in their face on many a Tinder profile. This is such a thing that for April Fool’s Day Tinder even released a Height Verification Badge as a joke. We could all do with letting go of such strong expectations around someone’s physical appearance. Let’s focusing more on their availability to us, and personality. 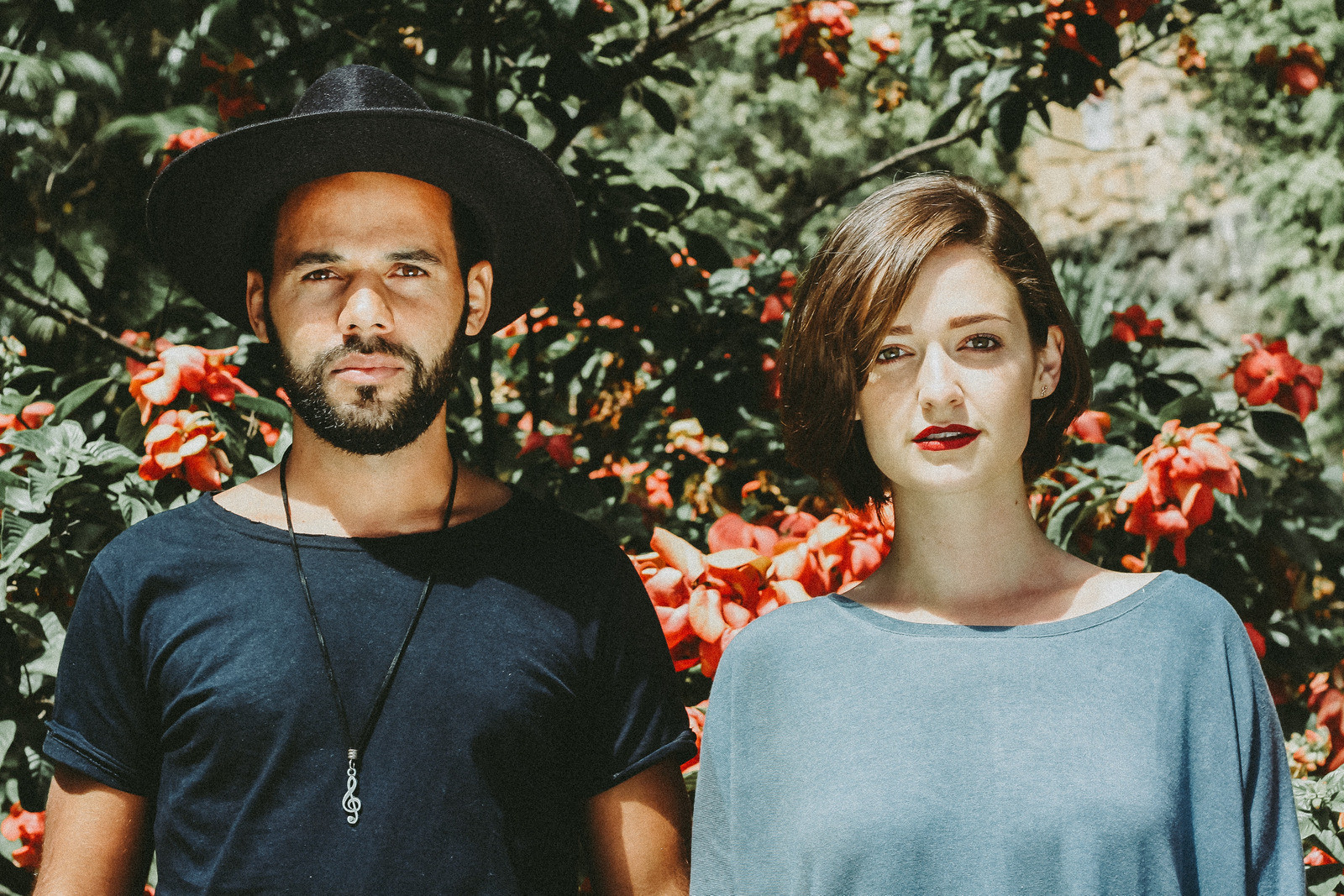 Lots of people do not want to have babies. Some people can’t have babies. Others don’t find the right partner on the right time frame. Science is improving, some stats around fertility are inaccurate. Sometimes it is the man’s fertility, not the woman’s that is an issue. With that said – the Fear Of Time Running Out (FOTRO??) that women have around dating is present and real. Worrying about fertility, or ‘sexual market value’, worrying that all the good men have already gone.

(I don’t believe any of these statements to be true. But I can understand how a misguided remark about ‘have you got yourself sorted out yet?’ can hammer this message home.)

So women are somewhat pre-occupied with spending their valuable time dating the ‘wrong guy’. With ‘wrong’ usually meaning someone they don’t feel the spark. And/or someone who doesn’t share the same relationship goals.

FYI – not all women want marriage and babies.

Because of this women usually become pretty discerning about who they spend their time with. This results in leaving many men feeling like their standards are so high that a mere mortal like them can never meet them.

Men could often do with a healthy dose of standards. Also knowing that a woman replying ‘lol’ or an emoji to their suggestion of a date, is a good indicator that she’s not invested enough for them to continue pursuing. Of course, when you feel like this might be the only woman this year that’s expressing interest in you that’s easier said than done.

Note: if this is you today you can change this! Start by stopping pursuing that person who is giving nothing back.

The friendzone means that a person you’re into only sees you as a friend. Bummer. Of course, no one owes anyone a date. This creates frustration when guys have tried to communicate their attraction and find they haven’t been clear enough. Guys may feel like they are walking around wearing a t-shirt that says ‘nice guy – only suitable for friendship’. This isn’t exactly what’s happening, but it’s what may feel true for them.

Always being the friend isn’t something that happens to men. Sometimes this happens to women too. She might be feeling like a full-blown romance is developing between her and the guy she likes. But then 5 dates in he drops the bomb and mentions he’s not looking for anything serious. Now not all women want something serious. Not all guys want fun. But both sexes often find themselves at the annoying end of dating miscommunication.

So who do you think has dating harder, men or women?

I would say that whilst the challenges faced by men and women are at times asymmetric, that no person has a dating life that’s plain sailing. We are all struggling with the roles we’ve been given, the past that’s shaped us, and the opportunities we’ve had. All I can say is, that I do continue to believe in the power of working on this area of your life, and the ability to create change.

The point is – every single one of us faces challenges with dating. Those challenges may not be the same, but the impact is: frustration, disappointment and loneliness.

So I’m thinking if you can stop believing that you’re the only one struggling. Realise that everyone has a bad dating story or two to share, that you can understand people better.

You won’t jump to the conclusion that someone’s out of your league, a player, or that someone’s playing games. The truth is they’re noy. You’re making guesses about why someone is behaving a certain way as you’re not acting with perfect knowledge of them. Often this guesswork on a person’s motives will leave you stressed out. No to mention, more anxious than before, and to sabotage a potential relationship.

So let’s try to understand each other more. Most people want the same kind of things. They are trying to do their best, under the confusing circumstances of the modern dating world. So whether you’re a man or a woman – that is in your hands.

(Postscript – appreciate this blog is very heteronormative. One of my goals this year is to invite writers from different perspectives to contribute. If this is YOU then email [email protected] to apply).